Beyond COVID-19 with. . .Autumn Smith

In this edition of Beyond Covid-19, Beyond James’ Dawn Cattapan sat down with renowned artist and educator Autumn Smith to discuss community engagement and the role of artists and arts organizations in building community during COVID-19.

Dawn: Right now, geographically, when we’re so spread apart, how do you create community? I’ve spoken to artists about this and one of the mindsets I’ve heard is that there’s so much going on mentally, so they can’t focus on building an audience or community.

Autumn: But there’s not a lot going on. I love that people are saying that. To be honest, this time, to me has been a bit of a godsend. Because it has slowed me down. Before this, I was not at home- ever.

Dawn: Your commute when we worked together was what? Three hours?

Autumn: Yes. And I was still doing that on the regular. I was teaching at Centennial, I was teaching at York, I was doing work for the Canadian Children’s Opera Chorus, I was directing a show at Hart House. But now, I can make spanakopita today. I have five other meetings today, I’m podcasting with a dear friend of mine all about musical theatre.

Autumn: Yeah. We’re in our second season, inviting guests and finding our rhythm. It’s awesome. But I’m not panicking. I know a lot of people are wondering “what’s going to happen if we don’t have theatre for two years?!” But it’s going to happen. It will happen again. We will be able to congregate again, at some point, in whatever form that is going to look like. But I think this time is forcing us to reconnect with the earth and makeup for wrongs that we have done to the environment and to ourselves. As artists, we push ourselves so hard to make an impression and to be something to other people, and we forget the most important person- ourselves. So this is a time to really just figure out what you’re artistry is going to look like, and what you want from your artistry. Like, living in a small town right now, I think about ‘what is art in Gravenhurst and Bracebridge? What does that look like? What do I want to do here?

There are people here planning Disney kid camps and stuff. And that kind of work isn’t aligned with my pedagogical practice. I want my work to be meaningful in another way. I want kids, youth and adults to be at the forefront of their own creativity, rather than me spoon-feeding it to them. So it’s interesting. I go through periods of feeling like “I’ve got to get out of the house!” so I go to the grocery store with my mask and gloves on. Or I go play ball in the backyard with the kids, or I take the dog for a walk. And I can go “okay. Panicking over.”

But for now, the government is taking care of a lot of artists right now- which is great. And also a lot of people who didn’t have access to funding before. So community is taking on a different meaning. We’re finding community in our families, and then we can branch out.

Dawn: So do you think there is a role for artists and arts organizations right now in building those communities? We’re seeing Stratford with their online programming, and Outside the March is doing their Mundane Mysteries. So is there a place for artists to be creating community right now, or is this just a time to focus on ourselves?

Autumn: I think people are afraid. And I think putting things online right now is a fear of losing relevance. But it’s not going to happen. Because there is going to come a point when this is done, where people will be dying to be in close contact with one another again. I keep hearing “oh, we’re going to be so afraid to go back, we’re going to be so guarded.” But no- we’re human. We need touch. It is one of the senses. We need it and it will come back. As will artistry.

Artists have a ‘stay strong and carry on’ kind of mentality. We work for nothing most of the time. We work so hard, and you think a pandemic is going to stop that? No. I don’t think so.

I think it’s great that people are putting stuff out there. I don’t know if it’s necessary. We don’t need to keep everyone amused. We don’t. People will find a way.

Dawn: But if we’re all used to working for nothing- which is, sadly, true- then do you think that mentality will change as a result of the pandemic? Because we keep hearing that there is a reliance on content to keep people entertained and uplifted. And simultaneously, there are broad conversations about the way we take care of ourselves and the idea that everyone deserves a living wage. Do you think things will change.

Autumn: Yeah. I think we’re going to be forced to slow down- which is great. I think we’re going to be forced to treat artists well. And nurses, and longterm care workers well for the first time ever. We’re going to start giving teachers more because people are realizing that this is the hardest thing they’ve ever done. I mean, I teach on the regular, but home-schooling is a whole different level. You’re challenged to come up with answers to geometry. . .Education is so huge and there are certain things that will rise up in our value system, I think. Arts is one of them. How would we have survived this pandemic without the arts? Without our music, without our televisions, movies, online dance, podcasts? They are all part of how we’re currently surviving.

So to go back to what I was saying before, I do think that it’s great that people are putting things out there, but they shouldn’t feel pressured to do it. There’s a lot out there right now, but going back and looking at a book is good too. It sparks a million different ideas. We’re having a good old conversation here. I don’t think we need to pressure ourselves to perform during a pandemic.

Dawn: We’re literally right at the ten-minute mark, Autumn. I told you that you were that good! Any other deep thoughts?

Autumn: That’s the hard question. I’m thinking about how I can start creating stuff online. I’m doing a lot of teaching online. But it’s exercising our brains in new ways. But if we force ourselves to create theatre for an online platform, is it still theatre? Theatre is something that is live; it’s ephemeral; it’s fleeting.

Dawn: It’s interesting you say that. I heard someone the other day speak about the idea of online theatre not as the medium in which the story is told, but that online theatre is closer to the idea of site-specific theatre, where the internet portal (such as Zoom, Skype, etc.) is the new site. And I thought that was a really unique perspective.

Autumn: It is a new way to think about site specific theatre. But it still negates the fact that theatre is a live performance model. And we need to wrap our heads around that. Maybe we can call it acting, or something else- but it’s not theatre. We are not doing theatre. Stratford doing Coriolanus, even with its multimedia aspects, watching it live is very different than watching it online. To me, it’s about the breathing entity and the shared experience between artist and audience. And that is the only thing that makes theatre, theatre, and not something else. So we can do drama, we can do comedy, we can do a bunch of different things. But it’s going to be awhile again before we can actually do theatre.

Dawn: But what about DLT, Outside the March and others that are calling an audience member, in the moment, to be part of a personal production? It’s like a radio play that is taking place while you are on the phone with them. There is an audience, there is something happening live, there is an engagement aspect. Is that theatre?

Autumn: No, because it’s not live.

Dawn: It is live! It’s not in person, or two people, face-to-face, but it is in the moment and a fleeting experience.

Autumn: But it’s not live. It’s in real-time. It’s a real-time conversation, but it’s not live. To be live, you need to share the same air. But I still think it’s great. And I think exploring new ways to create radio drama through this, or like, podcasting is really cool. We used to do that all the time, way back when. Maybe we return to radio drama and get people to huddle around somewhere and just listen to something. Wouldn’t that be amazing?! If people just sat and listened to a serial drama that happened once a week from a theatre company.

Dawn: Have you ever seen Art of Time’s War of the Worlds? It’s along the same premise. They’ve brought it back a few times, but essentially, the audience is watching a radio play being produced live. So you watch someone make sound-effects live, and a section of the stage is designated as the booth- and you watch it live. But it could be done as a radio-play (as was done in the 1930s), and I think it would be so cool for a company to do it in a same way, produced on Zoom. It would be like watching a radio play, and you could see how it all comes together.

Autumn: Zoom has been amazing for me. I’ve done a lot of acting classes online, which is very, very different than one in person. But it goes back to the idea of theatre vs. real-time. It’s a strange time. But to wrap it all up, it’s a time for artists to explore their creative process and how can they invigorate it with technology in case something like this happens again. We’re now forced- especially as artist educators- to think about what we do in person, and how we alter that for online. And I think it’s kind of exciting. 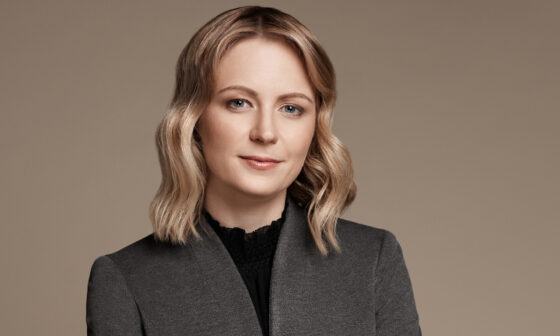 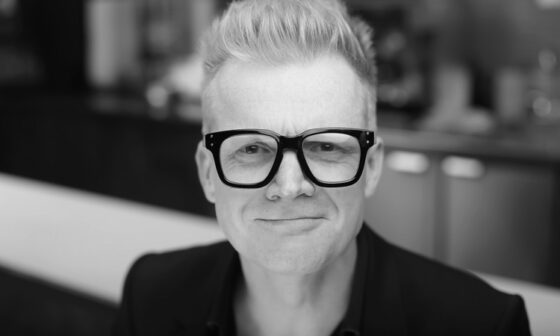 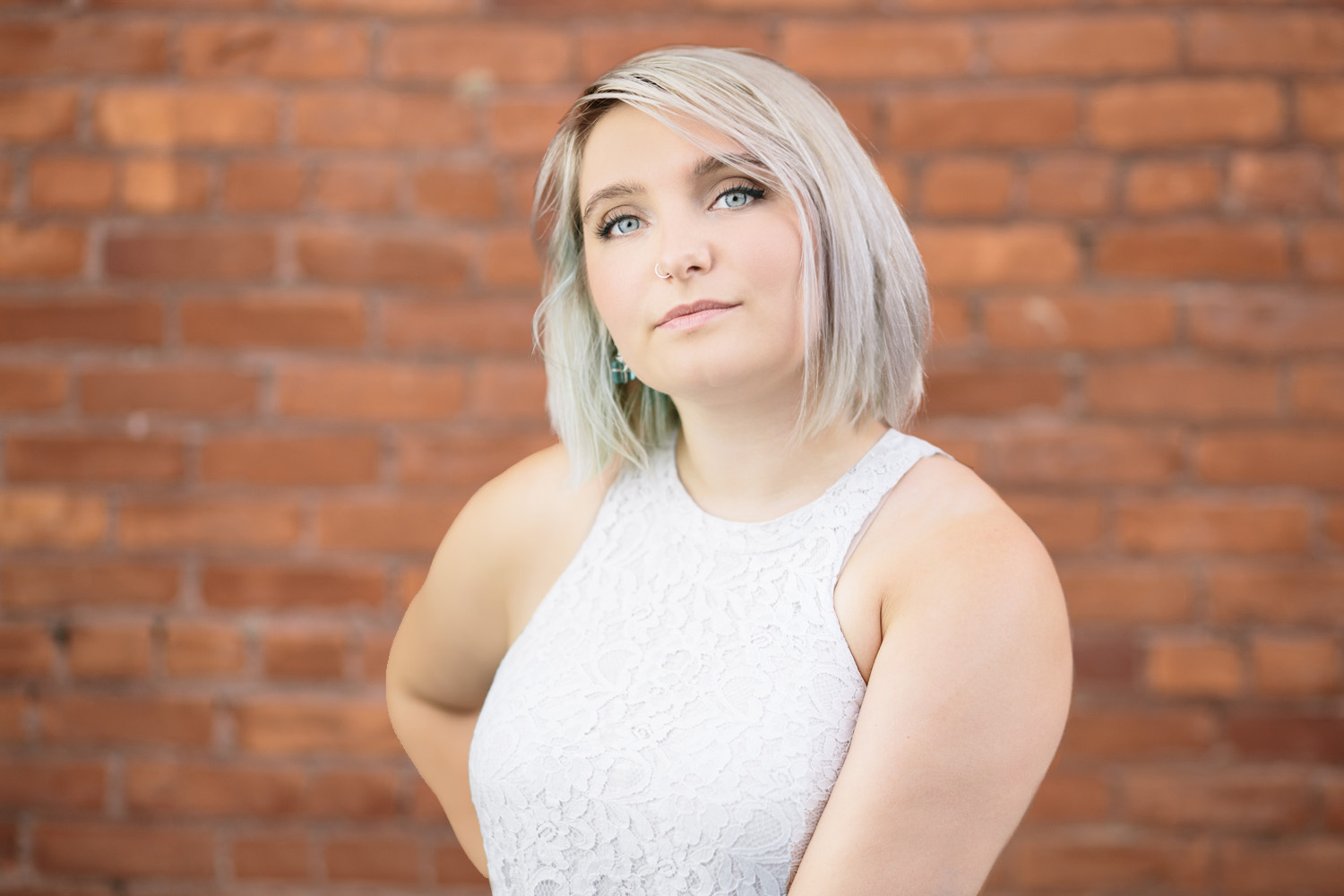 Read More
TTheatre
If you’ve been to an improv show in Hamilton, chances are that you’ve seen Kristi Boulton. In addition… 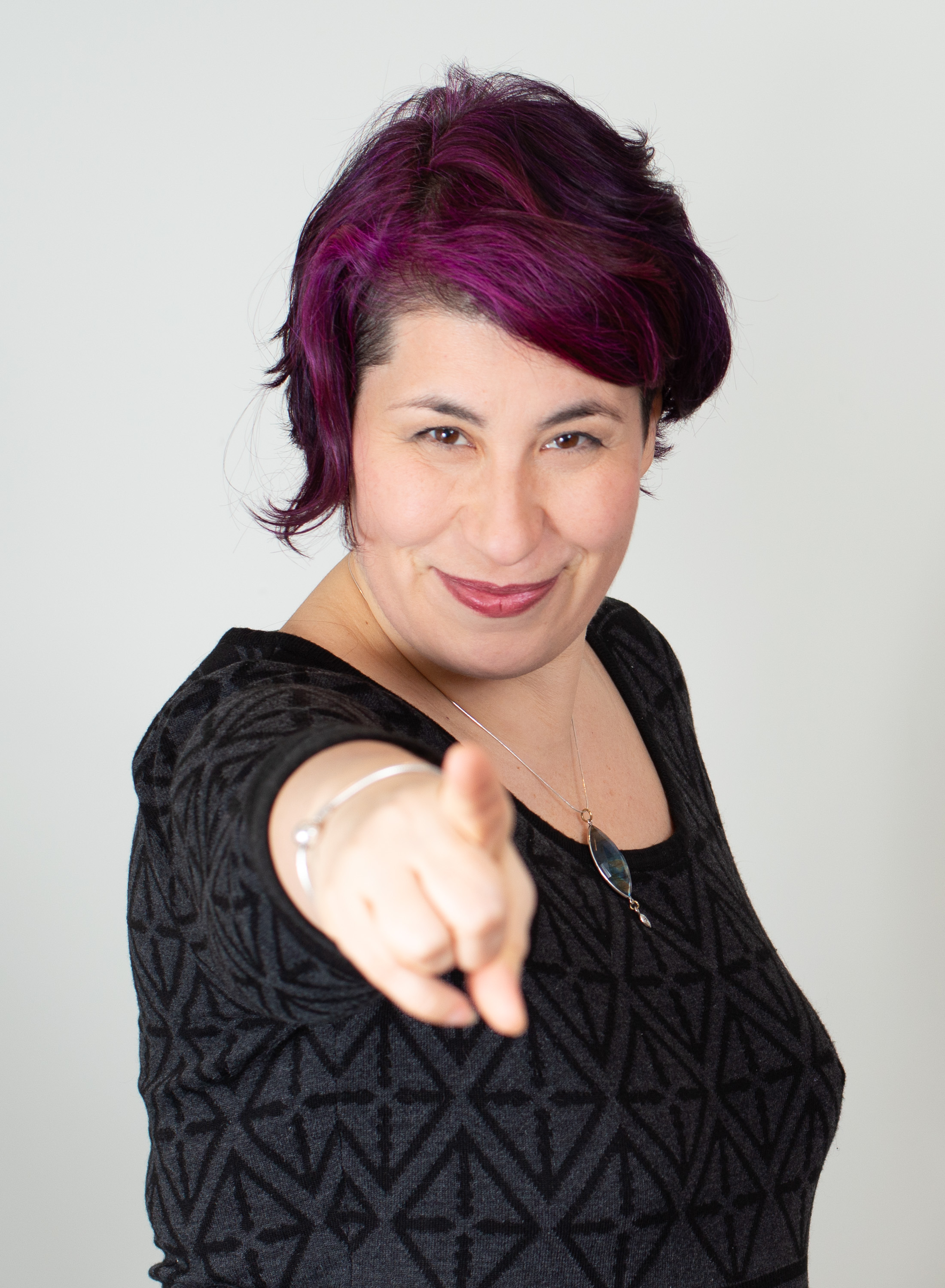 Read More
DDance
It’s hard to imagine a Hamilton arts community without Lisa Pijuan-Nomura. As the founder of Girl Can Create,… 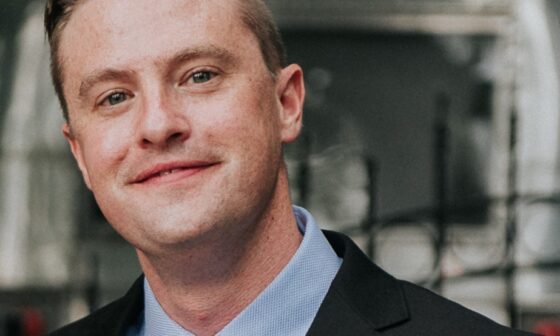 Read More
TTheatre
Theatre director Luke Brown has had a busy 19-20 season. In addition to his work as Director of… 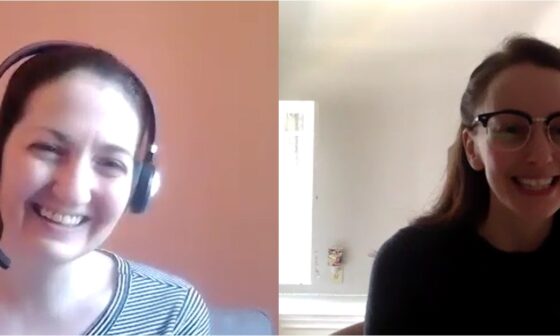 Read More
TTheatre
Across Hamilton, Canada and the world, artists have been forced to react and adapt to the postponement or…