If 2020 were a normal year, the Gilded Hammer Awards would have been an in-person event, noted Christopher Stanton, Festival Director of the Hamilton Fringe. The Fringe produced and presented its inaugural awards show virtually on Saturday night.

Of course, 2020 has not been normal. In March, all theatres and arts organizations shut down for the pandemic, and while a few productions were staged in the early months of the year, and a smattering of companies have attempted online performances, there has been little theatre to see, judge or honour this year.

Less than five minutes into Saturday night’s Gilded Hammer Awards, host and playwright Donna-Michelle St. Bernard turned to the camera shortly after introducing herself and the format of the evening and asked the obvious; “Why are we doing an awards show at this time?”

The arts sector in Hamilton, and across Canada, have been hit extremely hard by the pandemic. According to Statistics Canada, almost forty percent of organizations in the arts, business or recreation sector reported that their revenues from August 2020 were down 50% or more, year over year. Many artists and organizations have been unable to carry on with their core business since March and have been forced to cancel seasons and plans that were often years in the making. Like a natural disaster, the wreckage isn’t necessarily apparent, but the loss is immense and many artists and organizations are trying to determine how they can simply continue. All this would typically make a theatre show now an unusual fit.

But if nothing else, artists- and theatre people- are indefatigable.

“Awards bring people together; they remind us of our collective spirit, they lift us up in times of crisis, and celebrate our resilience,” host St. Bernard responded. “And Hamilton’s got that.”

The evening, presented and produced by the Hamilton Fringe, promised to celebrate all of Hamilton’s independent theatre community, while also raising funds for the organization and the Disability Justice Network of Ontario (DJNO). Although there were updates from the Fringe, including a video installation that paid homage to this summer’s What the Fest, as well as an interview on the work of the DJNO in Hamilton, the clear focus of the night was on the three awards and award recipients. Each winner received an award statue (crafted by artist David Perrett), presented on the recipient’s front lawn, alongside a private performance of a customized rap about the winner’s work (which was a highlight of the entire event), performed by local musician LTtheMonk and accompanied by his drummer, Lucas.

Rather than focus on specific work, or accomplishments of specific shows, the awards focused on different stages of artists’ careers. The first award of the evening, the Force of Impact Award was presented to an artist who has established themselves throughout Canada and beyond and is seen as a “pillar of the community” in establishing both larger-reaching projects and local engagement. In her acceptance speech, winner Anna Chatterton spoke of the excitement she feels as Hamilton develops it’s collective identity and voice as an arts community.

“I really look forward to that underground crackle to happen in the theatre community here. To sort of break out of the chains of sort of Canadian theatre history or American theatre and find what Hamilton’s voice is. . . I feel like Vancouver sort of has site-specific work, and different cities are kind of known for the flavour of their work, and I feel like we’re still trying to find our feet here. I don’t know what it is, but I look forward to finding it.” said Chatterton in the interview shared as part of the show.

The Cutting Edge Award, presented to an artist whose “work has carved out pathways for theatre in Hamilton” was awarded to Rook’s Theatre Artistic Director Stephanie Hope Lawlor, whose shared interview focused on her work in arts education and mentorship, including the importance of making space for other artists and creating working environments that were positive and nurturing of talent.

The final award, the Groundbreaker Award, was awarded to Kitoko Mai, who was announced as “an artist who is young in craft, but shows great promise.” St. Bernard noted that this was the most important award of the evening, as it represented the future of the Hamilton theatre community. In accepting the award, Mai spoke of the founding of Femmepire, a Hamilton and Toronto-based multi-disciplinary performance collective, and the impact that COVID-19 has had on their careers and well-being as artists. Continuing the community conversations that Femmepire organized earlier this summer, the collective also hosted a post-award-show conversation on the challenges and opportunities that have been faced by more established theatre artists, including Ravi Jain (Why Not Theatre); Kim Collier (Electric Company), and Nikki Shaffeeullah (The Amy Project).

In between award presentations, delivery and acceptance speeches were segments from the Hamilton Fringe Festival, where they announced that their 2020 What the Fest was able to return almost thirteen thousand dollars to artists involved. Continuing upon the success and formats of 2020, it was also announced that the 2021 Frost Bites Festival will be presented in a format more reminiscent of What the Fest, with six slots for performances; four that were available by jury selection (announced as part of the awards show); one available to the Fringe’s own ALERT artists; and one slot to be announced at a later date for a national (non-local) company.

From Under The Staircase and Into the Light: How Three Business Owners Saved an Arts Incubator 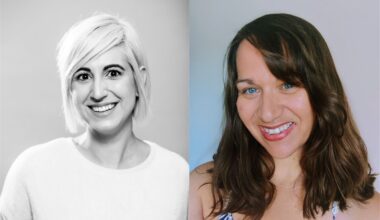 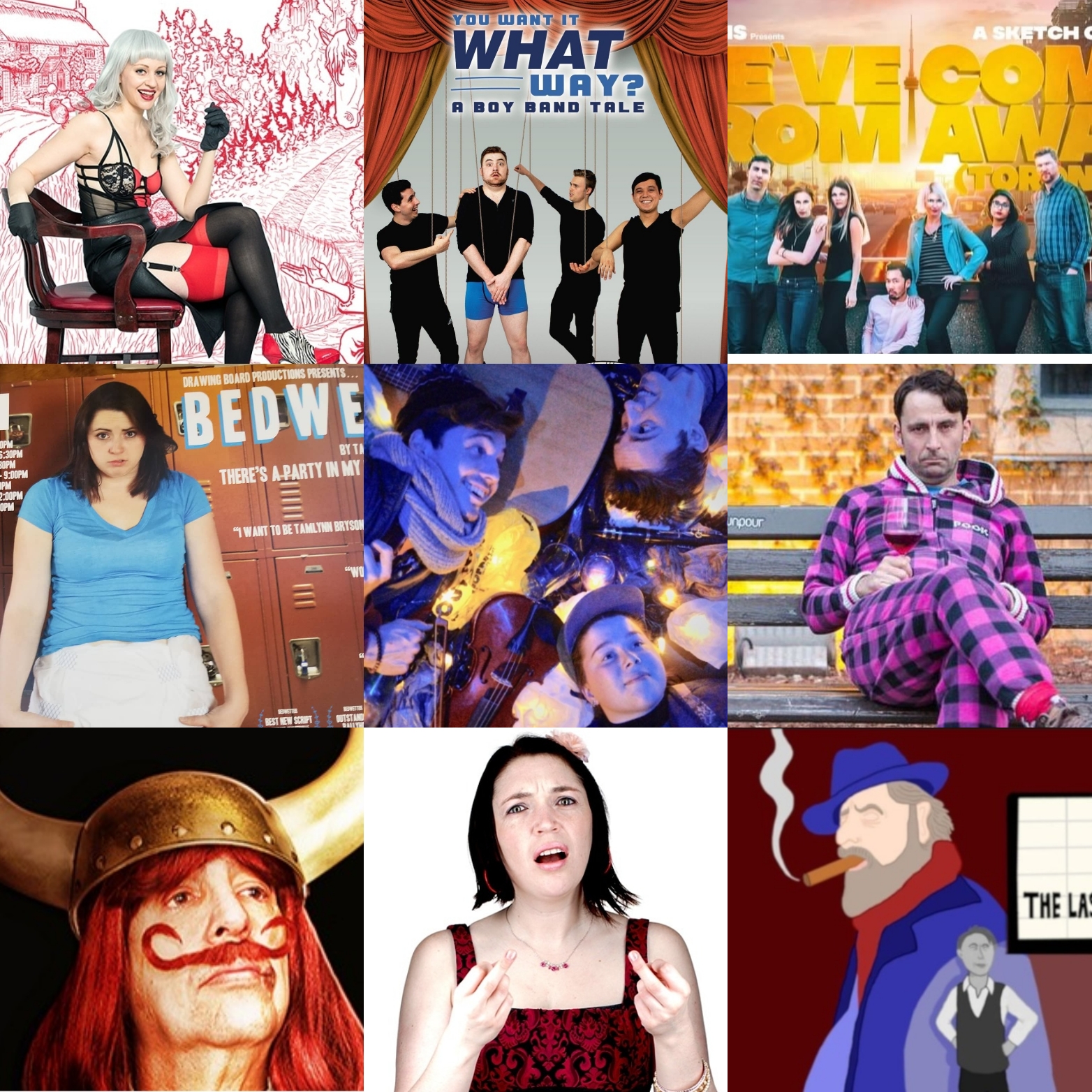 Read More
The 16th annual Hamilton Fringe Festival ran for ten days this summer from July 18-28, 2019. At its…
DDance 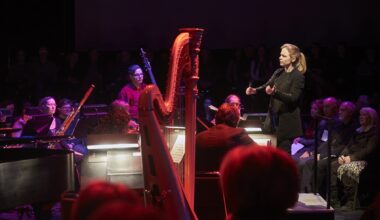 Read More
It’s been a long winter. Between the cold, the pandemic and the inability to attend live performances, summer…
DDance 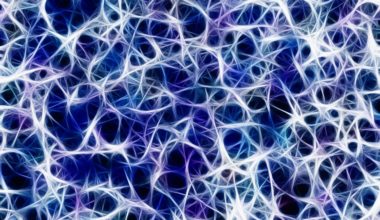 Read More
What do you get when you combine music, sound, movement and a little bit of Bill Nye? The…
TTheatre 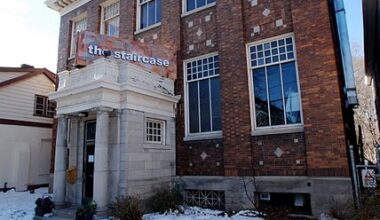 Read More
If the pandemic wasn’t enough, the last few months have been difficult ones for Hamilton venues. In late…
TTheatre 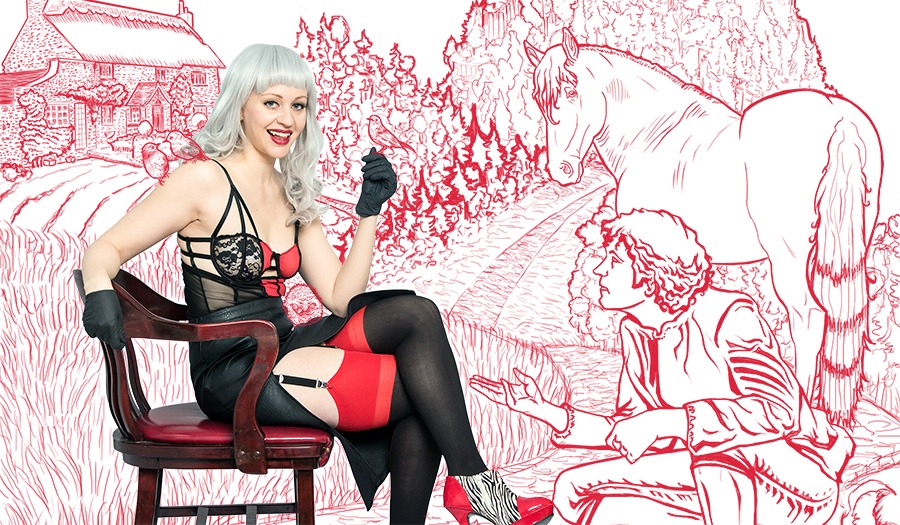