2021 Hamilton Fringe: What to Watch For 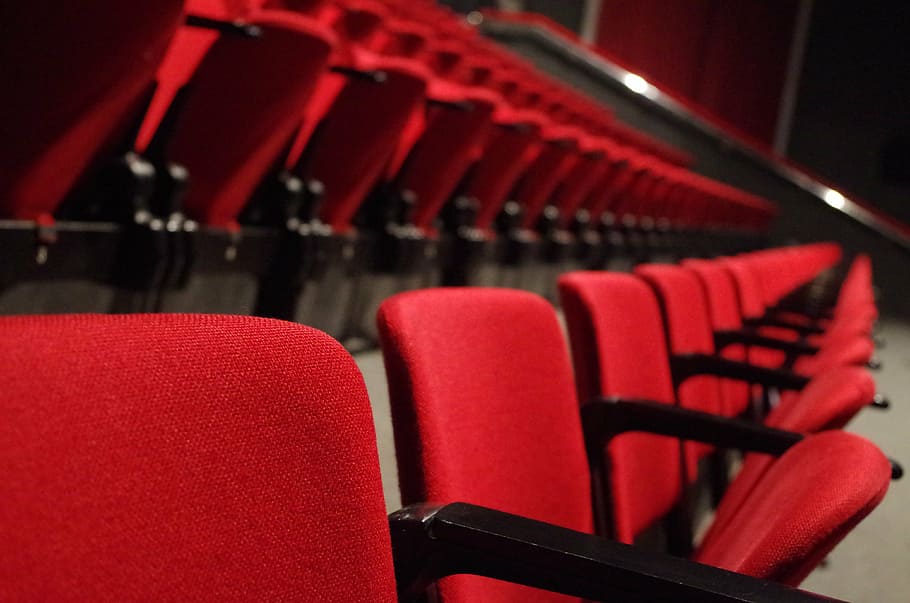 Although Hamilton will enter Step Three this weekend, local theatre lovers will have to wait until next summer for an in-person Hamilton Fringe Festival experience. For this year, audiences will be able to enjoy performances virtually in an evolution started by necessity during last year’s What the Fest?! Regardless of the format, there are trends uniting this year’s cohort of artistic experimenters that maintain the unjuried and creative spirit that the Festival is known for.

Anyone who attends multiple Fringe shows can broadly group them into three categories; those that are great; those that are bad; and those that fall in between. While many reviewers will usually agree on the first two categories, the largest category (the “in between”) is highly subjective.

As a result of the nature of Fringe shows, it’s common for the writer to also be the performer and/or the director and designer. This means that Fringe performances are extremely personal. If you like the performer, you’ll probably also like the director. And if you hate them- you’ll probably hate the entire show. This will be magnified by the story they are telling, which is often drawn from some sort of personal experience that individual audience members may or may not be able to relate to.

Local storyteller Carlyn Rhamey is reliable for light and humorous reflections on her life. Look for her latest offering in Chaotic Good; while Justin Shaw’s Midnight Baby (via Island Boy Public Journal) promises a soul-searching tale of redemption. Kit Simmons/Impetus Theatre’s The Audition offers up a (hopefully) unrelatable tale for every actor. The Hamilton Conservatory for the Arts brings together young people in Perspectives; an exploration of the creators world, developed under the leadership of local theatre veteran Stephanie Hope Lawlor and Young People’s Theatre Instructor Erica May-Wood.

As the Hamilton Fringe starts to imagine its return to an in-person festival, the fact that almost all of the content is pre-recorded makes sense. Over the course of the pandemic, live-streamed events have become a gamble due to out-of-synch sound and unstable connections. The smoothest offerings have generally been pre-recorded. Instead, the Fringe patio will be the primary location for live activities.

Unlike a live experience, a pre-recorded production allows for editing and inserting content that would not be possible with an in-person performance. It can strengthen a show because the audience is required to watch and experience the perspective that the director wants them to see. The Fringe’s Digital Exclusive series- the largest category of productions- are the best bet for this type of performance.

By the nature of their content, several performances will be worth checking out to see how digital is maximized, including media-based Black Deer in a Blizzard (Fly the Nest Productions); Sunny Days Ahead (Pondside Media), whose plot focuses around a video within a performance; Glass Wall Theatre’s multi-media modern-day epic Vagabond and historical drama Joan/Jehanne (Friendly Bear Theatre Company).

In additional to those who are using the digital medium to stretch the limits of what is incorporated into a production, there is another group that is utilizing the digital medium to return to the radio drama; an earlier form of communicating and storytelling. Presented in a modern form as a podcast, and increasing in popularity over the course of the pandemic, audio-only performances are finding new life in a pandemic and post-pandemic theatre. There are inherent challenges with the form; listeners are not able to see a set or have context set through costuming, gestures or body language. Instead, the onus is solely on actors to portray emotions through their voice, and on audio directors or engineers to present sound effects to bring the story to life.

This won’t be the first time in recent Hamilton Fringe history where audio-only shows are presented; however this year’s festival marks the most with three distinct offerings. Porch Light Theatre’s TIN CAN TELEPHONE gave four young creators the opportunity to share their personal stories via audio tours that audiences can experience either online or in person at four secret Hamilton locations. Minmar Gaslight Productions’ The Laughter revisits the golden age of radio shows and presents two of its best known stars finding comedy through tragedy in a performance based on a real-life event. By comparison, Same Boat Theatre questions reality and folklore in an audio experience that explores the legend of the Sasquatch through Creature.

The Hamilton Fringe has experimented with a variety of different performance formats and durations since shifting to a digital presentation. The 2021 Frost Bites Fest tested capacity limits for online productions and pre-determined viewing times. During this year’s Fringe, the on-demand capabilities of almost every show means that most productions in the Festival can be enjoyed at any time during the festival- day or night- whenever the audience is ready. Only two productions are performed live and in-person, which can be ordered via the Skip the Glitches series.

The length of most shows this year have also increased over the previous digital festival, with most shows this year running forty minutes or longer. By comparison, most content in last year’s festival was twenty to thirty minutes; and in past iterations of the in-person Festival, shorter content is encapsulated through the Gallery series.

While the amount of on-demand content is astounding, it can also be overwhelming, as it means that there are potentially thousands of hours of shows to watch and rewatch. For those missing the gallery series, or looking to catch a quick show in between other activities, the shorter, on-demand shows will be top picks. This includes Bandler Corporation’s sci-fi offering The Caffeine Rabbit Hole; Great Gulls of Fire Creations’ Imposter’s Sin Room; Afterlife Theatre’s cringe comedy It’s A Beautiful Day for Brunch and to Arrest the Cops that Killed Breonna Taylor and New Wheel Pictures’ tale of time travelling Morrison Returns.

Although a digital festival with no physical audience would mean that the reach is potentially global, the majority of shows in this year’s Hamilton Fringe Festival come from Hamilton and west-GTA artists; only one comes from outside Ontario and none come from beyond Canada.

While the Fringe typically provides an opportunity to be exposed to artists that may never come to Hamilton otherwise (and may not return), there is a tremendous opportunity by showcasing primarily local talent as the Fringe recovers from the pandemic. For local audiences, this provides an incredible opportunity to see and support favourite artists, and provide exposure to fresh faces that may not have yet had a chance to shine. This is a prime opportunity to develop new relationships and connections with the future of Hamilton’s theatre community, who will certainly need support as they continue their theatrical journey.