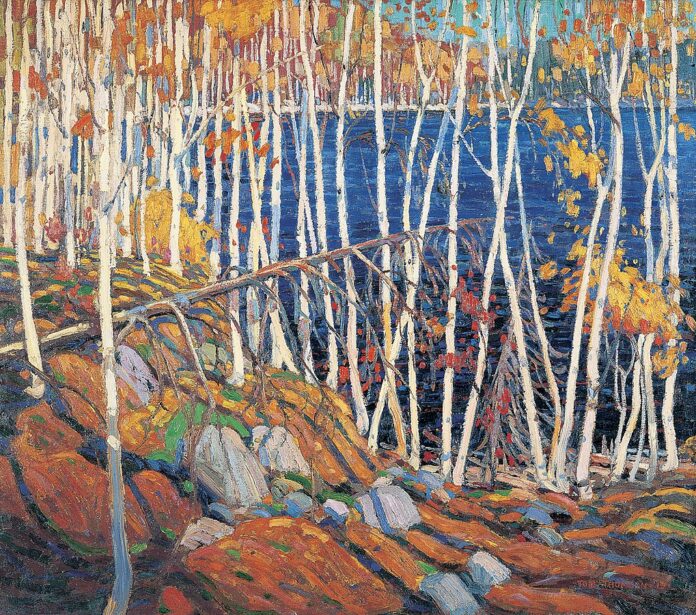 Imagine finding- or buying- an unsigned painting. How do you trace the artist? And if one expert authenticates it and one doesn’t, at a potential loss of millions of dollars- who do you believe?

It’s a question that has found its way into Hamilton over the past month. First, the Playhouse Cinema screened The Lost Leonardo; a thriller documentary by Andreas Koefoed that traced the journey of the “Salvator Mundi.” Bought by a couple of art investors for just over $1,000, the painting sold at Christie’s auction house for over $450 million just a few years later. The documentary examined the intersection between art and commerce, aesthetic value and monetary value, and the questions surrounding the disagreement of authenticity by some of the world’s leading experts.

Locally, Hamilton had a similar mystery over thirty years ago, when art dealer David Mitchell paid $80,000 for what he believed was a genuine sketch by Group of Seven artist Tom Thomson. Another art dealer was skeptical about the sketch’s authenticity.

This is not the first time- nor the last- that authenticity around Tom Thomson’s work has been called into question. An enthusiastic outdoorsman, Thomson is rumored to have produced over four-hundred oil sketches and fifty larger works depicting trees, skies, lakes and rivers of Ontario over his short career. Since his death in 1917, he has become one of Canada’s most renowned- and faked- artists, particularly as prices for his works climbed at auction.

Authenticated Thomson sketches have sold for as much as $2.75 million. However, not being certain of the authenticity can prevent a sale. In 2010, Thomson’s Landscape with Snow/Northern Mist was placed up for auction, after having failed to sell in 1987 with the note that further research was required. Although the presale estimate in 2010 was $400,000 to $600,000, the painting did not sell at auction. When one expert’s assertion that a painting is genuine can mean the difference between a cheap copy and a priceless masterwork, tensions can understandably run high.

This tension and intrigue- the art world’s “whodunnit”- is where the Art Gallery of Hamilton comes in, with a brand new exhibit that opens on Saturday, September 25.

Tom Thomson? The Art of Authentication promises to explore the questions associated with authenticating works of art. Beginning with two possible Tom Thomson panels, the exhibition brings together a number of known works by Thomson in order to present a visual overview of the artist’s practice.

With those panels as a base, attendees are encouraged to explore the detective work involved in authenticating works of art and experience the behind-the-scenes efforts that museums and galleries are regularly required to carry out.

To help, the Art Gallery of Hamilton is providing the use of a “field guide,” with interviews and scientific findings to explore themes key to authentication of art, including signature, provenance (a work’s history of ownership), subject matter, materials, technique and stylistic analysis.

Expect disagreement in the results- just like the experts. The exhibition is envisioned as a laboratory through which all of the various avenues available to authenticate art are investigated and presented. There is no conclusive yes or no shared as to whether the panels being explored are authentic or fake.

Although the exhibit doesn’t promise that everyone who attends will come to the same conclusion, it does promise the opportunity to be a detective for a day. And for those who have dreamed of hitting the jackpot with a thrift shop or yard sale finding, it might be the opportunity of a lifetime.

Tom Thomson? The Art of Authentication opens at the Art Gallery of Hamilton on September 25, 2021 and runs until January 2, 2022.