Critics’ Picks: 5 Events to Stream or Attend This August 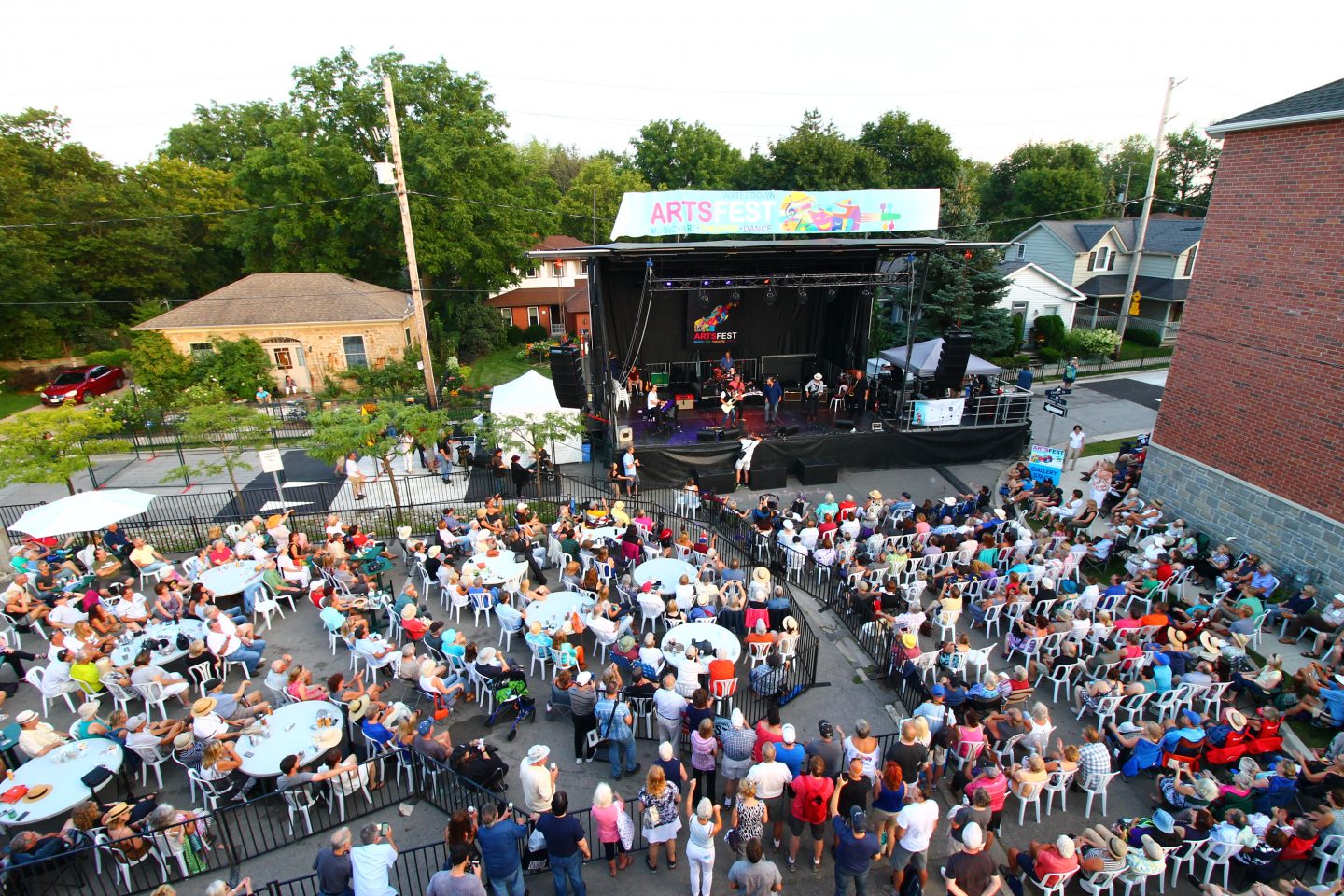 Summer is in full swing, and artists and audiences are making up for the past sixteen months by being outside and enjoying as many performances as humanly possible. Fortunately, there is no shortage of live concerts to attend in Hamilton during August, and a plethora of theatre and visual arts activities as well. Here are some of our picks.

Camille Intson took Hamilton audiences by storm with her 2019 Fringe favourite, We All Got Lost. Since then, the artist has continued to create, albeit not always in Hamilton. Patchface, produced by London’s Allswell Productions is her newest offering, filmed and available for streaming on Showtix4u from July 29 – August 1. The story focuses on a young female switchboard operator who becomes intimately involved in the affairs of a middle-aged couple when she overhears and participates in a series of telephonic exchanges. If Intson’s past work is any indication, this will be a performance Hamilton audiences will regret missing.

The Gasworks building, which has positioned itself as a music and events hub, was ready to open in October 2020; but the pandemic has prevented most of the community from having access to the building until recently. However, the moment outdoor concerts could occur, the Gasworks was ready with a lineup of free concerts. Their weekly Wednesday night set features a local musician performing on their covered porch near Cannon and Bay with audiences invited to bring their own chair for seating. Rising country musician Heather Valley performs on August 4; local staple blues and folk musician Jacob Moon performs on August 11.

This local celebration of the arts moved from Waterdown to Westdale in 2019, and held its 2020 edition virtually. In 2021, the August 13-15 ArtsFest has shifted to primarily give a platform to musical performances. Look for outdoor music by local artists on patios throughout the Westdale area. For those looking for bigger names or bigger performances, head to the Westdale Cinema, who will be hosting one-hour concerts by Hamilton favourites Logan Staats and the Devin Cuddy Band (August 13); Skydiggers and Elliott Brood (August 14) and Mahima and the Red Hill Valleys (August 15).

After several pandemic plans went awry, it’s looking like the popular Hamilton presenter will be able to return to live concerts. In response, Supercrawl has already announced concert dates and headliners well into the fall to perform at their new Bridgeworks event space. The August kickoff weekend offers a variety of musical styles and performers, with Jeremie Albino on August 20; LT the Monk on August 21; and iskwē and Tom Wilson on August 22. In person attendance is limited to just fifty physically distanced attendees per event, who will be selected via a lottery system. For those not chosen by lottery to attend, the concerts will also be livestreamed and able to be watched for forty-eight hours afterwards.

The indie rock band couldn’t wait to hit the road, and has only four dates booked in Canada before heading overseas for a European tour. Two of those dates are in Toronto; one in Calgary and the last is in Burlington with shows at both 2:00pm and 7:30pm on August 28, courtesy of the Sound of Music Festival. Like many presenters, the Festival was forced to cancel its 2020 and 2021 editions, and are slowly returning to live events. Opening for Tokyo Police Club will be Born Ruffians, who spent the pandemic releasing a trilogy of albums.