Curtain’s Up on Curtain Call Fundraiser 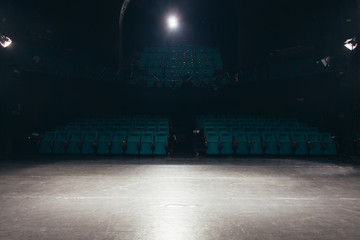 The Company, which offers musical theatre training, will host three concert fundraisers over two days on October 21 and 22 at the Gasworks (141 Park Street North). Proceeds from the concerts will be used by the Company in creating additional arts experiences. Curtain Call programs are offered to children as young as two and a half years old, all the way to young adult training and adult performers.

Featured performers at the fundraiser include Curtain Call co-Artistic Directors Danielle Viola and Kat Baranowski, who also co-direct the production. In addition to their shared roles offstage and on, Viola will also serve as the performance’s vocal director, while Baranowski will serve as the choreographer.

Joining them Viola and Baranowski onstage include Austin Gagnier; Diana Moser; Gareth Finnigan; Jacob Rushton and Lucy Rooney. The roster will be a familiar one to local community theatre followers who will have seen these performers in many past productions. Additionally, Viola and Baranowski also teach music and dance respectively in the Hamilton school system, while Rushton is a past vocal director of McMaster Musical Theatre.

‘Curtain Call, The Concert’ opens on October 21 with a show at 7:30pm. Two additional shows will take place on October 22, with a matinee at 2:30pm and an evening performance at 7:30pm. Tickets begin at $20 and are available directly from Curtain Call Performing Arts Company.