I had never heard of Dusk Dances until earlier this month.

Luckily, I was able to catch it on its final night in Hamilton, Sunday, July 24. After a cursory glance at the website to gather an idea of the event, I bounded off to Bayfront Park, a beautiful and well-kept setting with some excellent framing of what turned out to be a lovely sunset. The event is presented by HCA Dance Theatre and is pay-what-you-can, with $10 per person being the suggested donation per person.

As described on its site, “Dusk Dances is an outdoor dance festival that brings high quality contemporary and traditional dance to public parks.” It runs each summer in Hamilton (as well as three other cities in Ontario and Quebec) over four nights. True to its name, performances typically begin in the early evening, and are done around sunset. Their choice of location, curation and even ticket price is meant to make the event accessible to everyone and family friendly.

The program began at 6:45 p.m. near a small hill in the park, with many people scattered about, some in the shade, others the sun, some at picnic tables and others leaning against their bicycles. The first 45 minutes were comprised of a Caribbean African Dance movement workshop led by the supremely talented Michael Mortley. Children and adults alike happily followed Michael as he taught dance steps patiently and with great enthusiasm and clear passion. I enjoyed watching from a picnic table, as I look like a swaying praying mantis when I try to dance.

At 7:30 p.m. nearly on the dot, the dance workshop concluded and the evening’s hostess, Sylvie Bouchard, the Festival Director of Dusk Dances, swooped in. Sylvie gave off a presence that was both light and strong, and she was dressed charmingly in a slightly shimmery pink dress and fantastic wide-brimmed matching pink hat. Her instructions were clearly and kindly explained, and she did an excellent job reigning in the audience’s attention to be settled and quiet and ready for each dance. Led by our Pied Piper in Pink, we followed Sylvie partway across the park, stopping near a few trees for the first performance, entitled The Horologium.

The Horologium invited the audience to “[f]ollow the fantastical journey of an unobservant businessperson into the topsy-turvy world of a nine-foot-tall matriarch and three terpsichorean spirits.” The nine-foot-tall matriarch was in a sublime dress, positioned with great splendour against the trunk of a tree, and the music was carnivalesque, transporting me to a dreamy, whimsical, alternate time and space as the performers (Sydney Keir, Ryan Kostyniuk, Zoe Kwan, Willem Sadler and Sarah Kennedy) graced us with their theatrical dance routine. Even if one didn’t have any knowledge of dance,  the music, costumes and movements were enchanting. I was intrigued by each character and wanted to learn more about their backstories.

Once it was done, Sylvie led us to another area in the park, where we quickly found a spot to either sit or stand around the yellow rope that indicated the space for the performer. This one, entitled No Return, was a solo show, choreographed and performed by the same Michael Mortley, who moved purposely, intently, and fluidly, responding in his body movements to the crisply enunciated poem coming from the loudspeakers. The website describes No Return as “[a]n interpretation of return. A return to self, a return to the place my body called home not just where the heart is. A place that holds no judgment for who you are and what you chose to be. No Return…no way back, just forward, through all the adversity forward.” Michael’s dedication and passion was palpable, his performance nuanced and strong. The audience was drawn in, and we showed our appreciation through strong applause.

Penultimately, our Pink Pied Piper led us to Self-Portraits with Amrita, which was comprised of three performers: Deepti Gupta, Sukriti Sharma and Priyanka Tope. These women danced with ethereal strength as they brought to life the performance’s description: “Self-Portraits with Amrita explores the body language of Indian women in the diaspora. […] The aim of the process is to create complete freedom of expression for Indian dancers who are often bound by a very strict classical system of movement.” I certainly felt from the performers enthusiasm, freedom, joy, light and determination as they danced between the trees.

Lastly, we all followed Sylvie to the space for Dusk Dance’s conclusion: Boxset, which saw performers Sydney Keir, Michael Mortley and Willem Sadler come together to engage the audience in the fourth unique dance of the evening. Four boxes—two tall, two short—were set up on the grass, and they turned out to be more than immobile props. I was entirely mesmerized as the boxes were moved, lifted and danced around and on with such skill and elegance, and I watched, enthralled, as the inanimate objects became moving and integral parts of the performance piece just as much as the dancers were. The performers’ energy was contagious, and I couldn’t help but find myself swaying to the beats, even if I looked like a swaying preying mantis.

Dusk Dances concluded with a feeling of gratitude. In travelling around the park to watch the dances, we had built a little nomadic community of audience members. As the show concluded, we offered excited applause. The performers responded with smiles of excitement and pride, and words of thanks from Sylvie to the show’s sponsors and performers, and all of us to have been able to be a part of this year’s final show in Bayfront Park. I very much enjoyed this as a family-friendly, enticing event and am looking forward to next year’s performances. 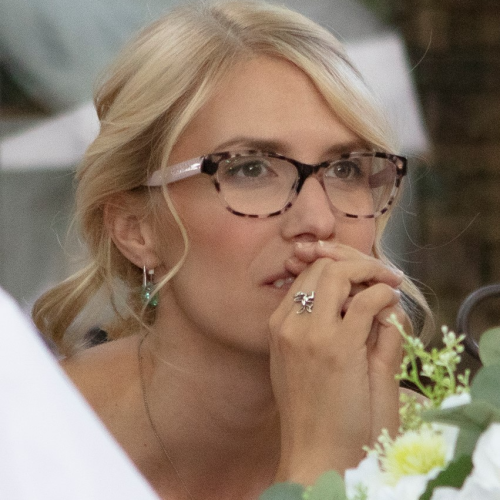