BEYOND JAMESBECAUSE ART IS EVERYWHERE
HomeOther Arts
Other ArtsVisual Art 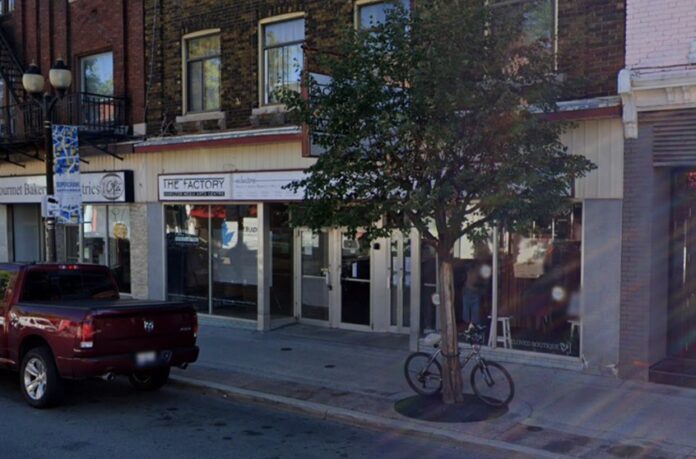 Factory Media Centre (FMC), one of the last remaining gallery spaces on James Street North, is packing up and moving east.

The Centre, which has been a mainstay of the James Street art community, received a grant through the Ontario Trillium Foundation of $150,000. This grant allowed the Centre to build an accessible, affordable and modernized community space at 366 Victoria Avenue North.

“Our new and improved multi-faceted space will be equipped with a sound stage for large productions, a 500-square foot gallery, and amenities for members, including an editing suite, sound recording and multimedia studio and equipment storage.” Kristina Durka, Operations Coordinator of Factory Media Centre, noted in a release.

At 123 years old, the Centre’s new Victoria Avenue home has a unique place in Hamilton history. Originally home to the Cataract Power Company, the building was the first in Hamilton to have hydro.

The Victoria Avenue studios won’t be ready right away, though. While renovations are ongoing, the Factory Media Centre will fulfill equipment rentals out of the basement of their current neighbour, Hamilton Artists Inc., located at 155 James Street North.

A not-for-profit, artist-run centre for film, new media, installation and sound art, Factory Media Centre provides access to facilities, equipment, resources and initiatives to encourage the development and appreciation of visual art forms. Their presence was a frequent one at monthly James Street Art Crawls, with crowds able to gather in the storefront space to watch artists at work, or experience exhibitions.

With the closure of their space on James Street, very few long standing galleries are left from those that were at the forefront of the art crawl movement. Hamilton Artists Inc., You Me Gallery and Centre 3 remain, but many other gallery spaces have since been converted to restaurants, bars or other shops.

The attractiveness of the arts and the proximity of these galleries to other businesses is what revitalized James Street North originally. However, the street’s increasing gentrification ultimately resulted in rising rents. Over the past several years, many of the galleries that once called James Street home- like Factory Media Centre- have either moved, or closed completely.

This hasn’t stopped popup vendors and artists from participating in the monthly event that continues to draw crowds to James Street. However, with formal gallery spaces now at a minimum along the art crawl stretch, and the shops in the street often closed before the crawl begins, the closure of another gallery is a further shift of art crawl as a public attraction to a largely commercial event driven by individual booths on the street.