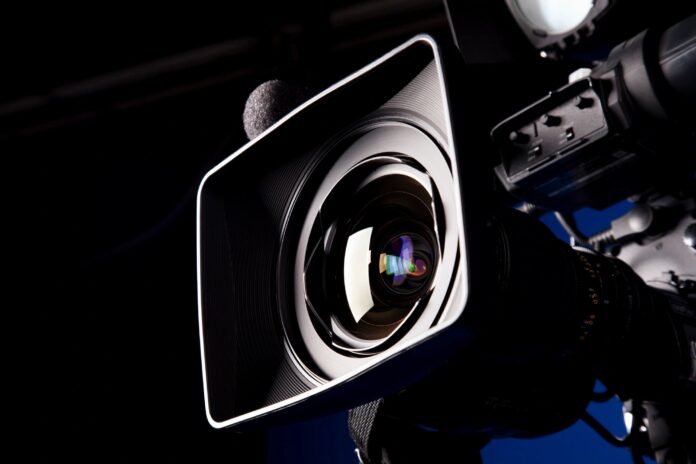 Students eager to learn film, cinematography or even animation will have the opportunity to begin classes this fall at the new Hamilton School of Media Arts.

The School is a resident of the newly opened Ancaster Memorial Arts Centre, and is an extension of the Hamilton Film Festival. This past summer, the Festival ran nine kids camps for kids and teens with over one hundred participants in the new building. According to Nathan Fleet, Executive Director of the Film Festival, year-round classes and offerings was a logical next step as the Festival enters its seventeenth year.

“Once we started the [summer and March Break] Kids Can Film camps, I could see that there was a need and that it could grow into something as these kids would soon grow up!” says Fleet. “The Festival is going into its seventeenth year, and in that time, we have met so many people in the city who are looking for education without having to leave the city. Every teacher at the school is someone who I have met through the film festival.”

While the Festival’s educational offerings have previously focused on children’s programs- something Fleet plans to continue- the School of Media Arts hopes to inspire those who are teenagers or adults that are considering a career in film, or a related field. He anticipates more than three hundred students will participate in programs throughout the fall, and expects that number to grow as programs gain in popularity.

To continue their established children’s programming, Fleet notes that the School of Media Arts provides animation classes for children, filmmaking lessons, as well as targeted offerings for those who may be homeschooled.

Fleet has curated a broad curriculum for teens or adults looking to explore a career in film. For their initial opening, Fleet has ensured that the School is offering programs that have proven to be popular. Directing, editing, cinematography and acting for film are just a few of the offerings one can find at the School this fall. However, Fleet has also provided some niche subjects that he hopes will grow in popularity, including motion graphics, location sound, drone operating and film composing.

While individuals could find and attend these classes elsewhere, Fleet notes, those interested would need to travel ‘at least an hour out of the city to find them.’ Travelling to serve a passion for film mirrors Fleet’s own experience, as he would travel to Toronto on weekends to study filmmaking in Toronto, while hoping Hamilton would eventually be able to provide access to the sector. By offering classes, courses and skill development year-round, Fleet hopes to fulfill the goal of his younger self and grow and nurture the Hamilton film sector.

In addition to recruiting local talent to serve as course instructors, Fleet has partnered with businesses in the city to provide field trips to students that relate to their work at the School of Media Arts.

“We have already staged a workshop with Hamilton Film Studios, and Theatrix Costume House and that will continue.”

For those who are just film lovers or who want to dive into a topic with an industry professional, the School will also offer access to a weekly ten-dollar talk on Thursdays. These hour-long sessions require no further commitment and will feature a different local professional each week in an unstructured environment to answer audience questions.

“With panels, you only get a few minutes to ask questions,” Fleet explains. “But in this, you can really have more time to pick the brains of our guests. We have booked Academy Award winner Colin Doncaster; reality TV editor Jefferey Scott Fowler; Music Supervisor Alysha Main and producer Vince Genuardi with more to be announced.”

While the School of Media Arts looks to encourage and nurture the next set of local film workers, Fleet is aware of the benefit of having a local film festival, and brand new theatre so closely connected to educational offerings. He cites the technical capabilities and physical proximity of the Ancaster Memorial Arts Centre’s new 470-seat theatre as a major benefit, as well as the many contacts from the Film Festival that are eager to participate at the School.

“Any films that are produced through the film school will get a theatrical screening through the film festival’s emerging program.” Fleet promises. “You have to give students the opportunity to see their work on the big screen in front of an audience so they can develop their craft.”