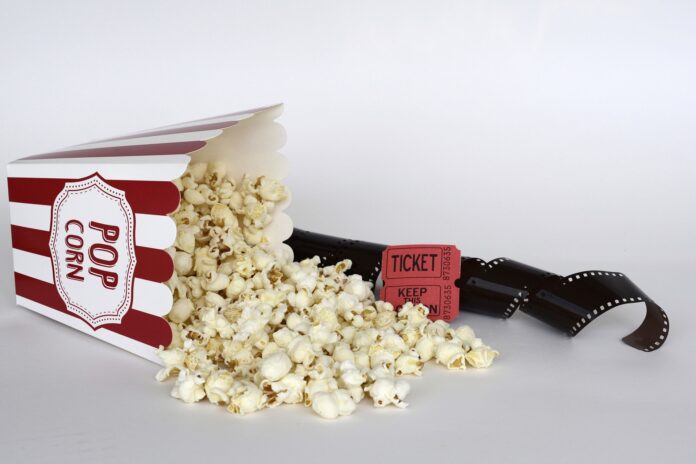 Local film lovers are getting ready for a busy ten days as the Hamilton Film Festival prepares to kick off this Saturday.

This year will be the 17th edition of the Festival, which runs November 5-14. It also marks the Festival’s first year in their new home; the Ancaster Memorial Arts Centre, which will serve as a festival hub with five days of screenings and events. Other festival activities will take place at the Staircase Theatre, Westdale Cinema, Playhouse Cinema and Stoney Creek’s Starlite Drive-In.

For those looking for an at-home experience, the Festival has also partnered again with Cable 14 to offer six films during the channel’s evening programming and available online at the channel’s website.

While the Festival’s overarching theme this year is sci-fi focused, each day shines a light on a different style of filmmaking (such as documentaries or shorts), or a different group of creators (such as participants in this summer’s Film Festival summer camps or the Ladies of Film and Television).

Some screenings are already sold out, including November 6’s Hamilton Documentaries event at the Staircase Theatre. It’s likely more will continue to sell out as the Festival continues. Last year, the Festival sold out of binge watcher passes (which allowed pass-holders to attend all festival activities), merchandise, stickers and posters before the conclusion of the Festival. It’s a sure sign that audiences are eager to return to the cinema.

Tickets are also selling quickly for November 7’s Snake Road screening. The documentary recounts the life and impact of the famed Canadian sound engineer Bob Lanois, who died in Hamilton in the spring of 2021. Named for his first album, Snake Road follows the creation of Master Sound Recordings to the legendary Grant Avenue Studio in Hamilton and then the Bunker and Mule Spinner at the Cotton Factory and finally, Lanois’ Shack Studio through interviews and musical tributes.

In addition to packed screenings, a couple of films are also attracting attention.

The Festival’s opening night features short films with a sci-fi theme. Among the 7-film selection is Comedian Darrin Rose’s (host of the Canadian Match Game) 9-minute long Second Life; where a robot wife is abandoned by her human husband and forced to figure out who she really is, without the person she was programmed to love. Also featured is Niagara Falls’ Timothy Moran, who directs A Promise of Light; a 30-minute epic fantasy film about a young warrior who must venture across a vast dying planet in search of a way to save her people from a mysterious plague. Both the Festival’s opening night and November 11 emerging filmmaker screening promise Q&As with filmmakers.

The Playhouse Cinema closes the Festival’s final weekend with the Canadian premiere of  Albatross. Independently financed, shot primarily in Hamilton and written and directed by Hamilton-born Myles Yaksich, Albatross tells the story of an interracial couple in the 1950s who attend a dinner party and get caught up in the secrets of their troubled hosts. Yakisch’s previous offerings in the Hamilton Film Festival have both been nominated for Best Short Film. Albatross is already an award-winner, having received accolades at the Vesuvius, Hamburg, Sedona and Golden State Film Festivals.

The Playhouse Cinema will also screen Before I Change My Mind on November 13; a story of a young person’s desire to fit in and the increasingly dangerous choices made to do so. Director Trevor Anderson is no stranger to film festivals, with his work previously appearing at Sundance and the Toronto International Film Festival.

Individual tickets are available now to grant access to film programs. Binge watcher passes are also available for those interested in multiple films, or participating in the industry events that the Festival will feature. The Hamilton Film Festival’s full lineup is available on the Festival’s website.