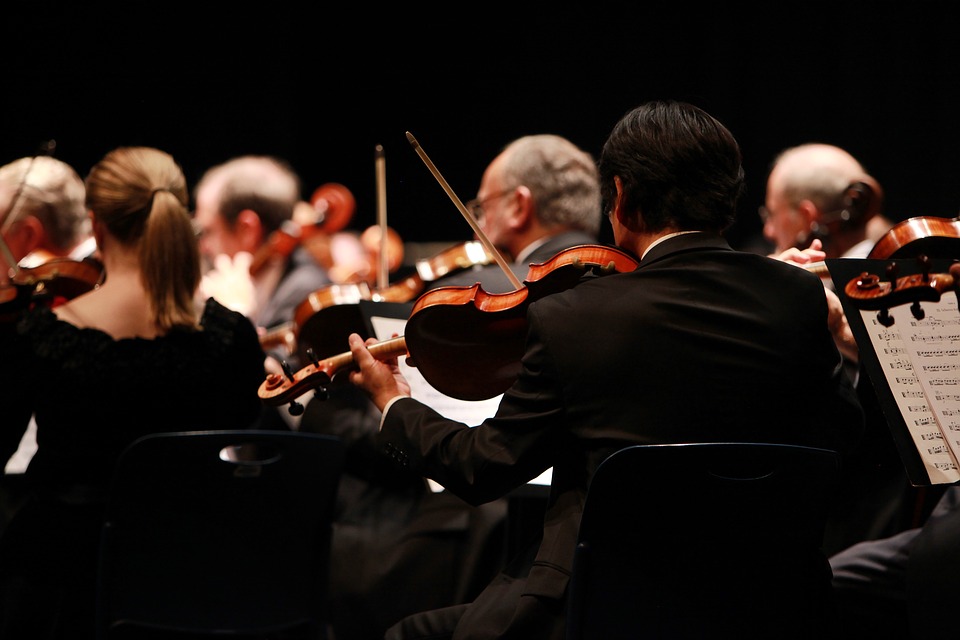 What do Bridgerton, Spiderman: No Way Home, What Lies Beneath and Ted Lasso have in common?

The answer lies within the music. Specifically, Vivaldi’s Four Seasons, which is a featured part of the soundtrack to all four films- and more.

Outside of a concert hall, the iconic piece of music has been heard in countless movies, commercials for major brands like HP and People’s Jewellers, performed in wedding ceremonies and more.

And on May 14, the Hamilton Philharmonic is expecting the concert to be so popular that they’ve planned for two performances of the popular work- one at 2pm and one at 7:30pm at the FirstOntario Concert Hall.

In its initial presentation, the music was seen as overly modern, and drew both acclaim and criticism for their literalness. Vivaldi provided a set of sonnets to accompany each movement to explain each movement, providing not just descriptions, but performance instructions. This literalness meant that the music was no longer up for wild interpretation. Instead, the text of the sonnets could be read before each movement, or provided alongside the music for additional context into the music. For the orchestra performing the music, Vivaldi’s instructions included notes to play “like a barking dog” or “like a sleeping goatherd.” While the writer of the sonnets has never been proven, many historians credit Vivaldi for them.

Both the sonnets and music are meant to take the listener through a year in nature. Recognizing the varying pace of time, each movement features contrasting tempos; a faster part at the start, transitioning to a slower section and ending again with a faster section. While the entire orchestra performs through The Four Seasons, the piece is written as a concerto, which is meant to showcase a single performer. In the HPO’s case, the featured performer, and guide through The Four Seasons is Bethany Bergman, the Orchestra’s Principal Second Violinist.

The Four Seasons opens with “Spring” and the first solo section represents the birds greeting the season. The music takes the audience through brooks, breezes and a quick thunderstorm. In the slower section, a goatherd sleeps under a tree. The violas perform a repeated note to represent the bark of the goatherd’s faithful dog. “Spring” closes with a festive dance of nymphs and shepherds, accompanied by bagpipes; represented in the music by basses.

As “Spring” ends, “Summer” begins. The slow start represents the weather being too hot for any movement. The solo violin again takes the voice of birds- initially a distinct cuckoo, and later a turtledove and goldfinch. But a gentle breeze evolves into a violent wind, which subsides long enough for a shepherd to fear a storm that is not far away. In the slower section, the shepherd continues to listen to distant thunder as insects buzz around him. In the dramatically contrasting fast section, the long-awaited storm arrives.

“Autumn” begins with a peasant dance to celebrate the harvest, and in the slow movement, the revelers enjoy a well-deserved (and alcohol-fuelled) rest. In the finale of the movement, attention shifts to the upper-class as horns call to begin the hunt. The animal flees, but is tracked and dies.

The descriptions of “Winter” are ones that many Hamiltonians will recognize. The music begins with shivering, chattering teeth and “running and stamping your feet” to stay warm in the harsh cold and wind. The slow section takes place against a cozy fire, while raindrops outside are depicted as the solo violinist plucks their strings. “Winter” ends with a cautious walk on ice; slipping, falling down, and running while ice cracks and splits beneath your feet. While cold, it’s also a time of joy.

The HPO’s May 14th concert also features Stravinsky’s Danses Concertantes. Despite its name, the music was written as an orchestral work; however, only a few years after its musical premiere, famed choreographer George Balanchine presented a ballet version of the work in New York. The concert also features fire break; an HPO-commission by Toronto composer Juliet Palmer about climate change. However, The Four Seasons, with its incredible popularity will be a stand-out moment of the HPO’s season that audiences will surely delight in seeing the Orchestra bring to life.