Near and Now: Losing My Direction 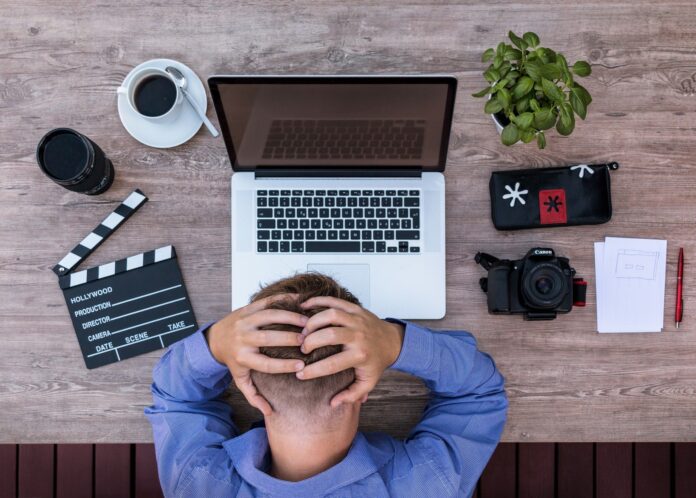 I’m sitting in a restaurant near James St. North across from a dear friend.

For as long as I’ve lived in Hamilton, my friend has been a practicing artist. They’ve produced their own theatre shows; they’ve helped others do the same. My friend tells me that they’ve left the theatre community of Hamilton, and the arts industry, altogether. They’re now back at school, working to get a professional certification. They need stability and are tired of working paycheque to paycheque.

A few weeks later, I’m on a Zoom call with a friend I’ve not spoken to in over two years.

Like me, they’re a writer. They’ve weathered the pandemic nursing a deep sense of unease about where they are with their work. They’ve questioned whether or not their first love of playwriting is even viable. Yet they still have stories they want to tell. They know they will write something else. It is just a matter of time, patience and caring for themselves.

Amid the flurry of recent social media posts giddily announcing the launch of new projects and new openings, I feel like I’ve been morbidly preoccupied with hearing stories from the other side of the fence. The stories of creative endurance in the face of the pandemic aren’t hard to find. And certainly they’re a source of encouragement and strength. But I’ve been listening for the stories of artists who have pivoted, changed direction or simply walked away. To me, they speak of a dilemma I think many artists are hesitant to speak about.

Do I press forward or do I quit?

These past months of reopening haven’t seized me with a renewed sense of creative vigour; I haven’t been possessed with an urgent need to tell the kind of stories that I used to tell. My two most recent creative projects were reflective and quiet in theme and pace. And my desire to promote them to the wider community? Pretty much nil. I’ve watched with envy as many of my colleagues have launched back into their respective pursuits justifiably celebrating their return to whatever artform they love. But, as someone who has spent the last ten years in Hamilton actively writing and producing, I confess it all still feels too unsettling.

In a strange way, there is something encouraging about hearing artists confess to being creatively stuck during the pandemic. To feeling beaten, broken or too damned tired to work up the strength to put pen to paper, or brush to canvas, or play their instrument for anyone but themselves. I’ve been there. In hearing these stories, I know I’m not alone. And, if I’ve felt anything so acutely these past two years, it’s the ache of loneliness. Underneath the paralysis of fear and anxiety, has been the sense that I have to carry this loss on my own.

Admitting to loss and loneliness is perhaps the most crucial step in any sort of grieving process. It’s instrumental to growth. And some of us have to sit with and make peace before we can see the way out. There’s no doubt that the arts and culture community right now is in a state of mourning. I still haven’t processed the sudden stop so many creators, including myself, have experienced.

Don’t get me wrong. I’m really glad to see news of artists going back to the rehearsal hall and the stages to craft new work and welcome back audiences. But I’m now mindful of the fact that some of us just aren’t ready yet. Will some of us change direction? Will some of us walk away altogether? Give us time and we’ll see.