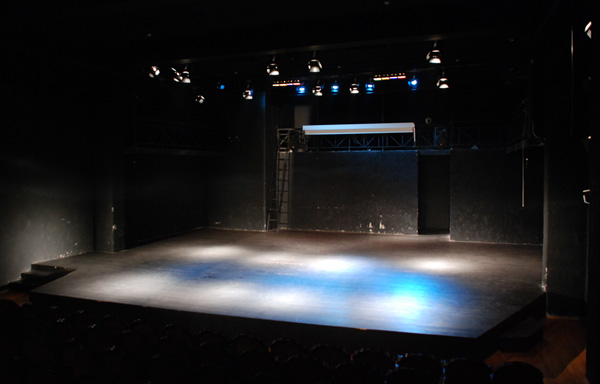 This article started by accident.

We all have those late nights where we go to look up something quickly online only to be dragged down the rabbit hole in a completely different direction by a link that caught our attention.

That’s what happened to me. After emerging a few hours later from a deep dive into academic articles and stats based reports, I felt a twinge of sadness:

No matter how much I accomplish, by virtue of being a woman, conscious and unconscious gender biases will likely always hold back my career. And if you are a female reading this while trying to make a career in the arts, the same is (unfortunately) likely true for you.

This statement is shocking, considering the amount of work that is perceived to have been done over the last twenty-plus years to encourage gender parity. However, progress has been extremely slow.

A 2009 American study about the role of women in theatre found that women were increasingly at a disadvantage. Identical play manuscripts were judged to be significantly worse when submitted under women’s names, rather than men’s, and works featuring women were less likely to be produced. In orchestras, which have been making efforts to perform more works by women, there is a systemic disadvantage. Historically women in music were thought of as ancillary, rather than a career or composers, so many of the works that have been popularized and adopted into the classical cannon have been written by men.

North of the border, the same concerns ring true. A 2018 study released by the Ontario Arts Council (OAC) calls gender-based income inequality “a defining feature of work in Canadian arts and cultural industries,” and finds that “across all sectors, women’s artistic and creative works receive significantly less public visibility (for example, productions or exhibitions) and recognition (awards) than those of men.” This study notes the limitations in its research as it frames gender as binary, and does not note “how gender inequality may be compounded when combined with other factors of discrimination such as racialization, age, sexual orientation, disability, etc.” The OAC plans to build upon this study in the future.

Anecdotally, I recall a friend confiding in me that she was advised she would be hired more frequently as a performer if she cut her hair shorter and wore pants (rather than a skirt) to resemble a man. In most industries, these comments may be sexist; however, in the arts, where the stage is often a place for judgement, too little is often made of these remarks.

Arts administrators don’t fare much better. A 2019 report to the Standing Committee on Canadian Heritage examined the boards and senior leadership of Canadian arts and cultural institutions and found that although women represented 51% of artists and 50% of cultural workers, they represented only 25% of artistic leadership. Those women who were in top leadership were found to earn 20% less than their male counterparts. The report produced ten recommendations, including creating resources for women in the arts, the development of cultural leadership programs, the development of harassment and gender parity policies within organizations, and developing human resource programs to address barriers, including enhanced childcare, flexible hours, and parental leave.

The gender gap in senior leadership has become even more apparent since 2017, when women and diverse candidates were left out of several top jobs across arts organizations nationally. The ensuing controversy and fall-out led to a number of encouraging conversations and reflection, including the eventual hire of several women and diverse voices for other figurehead roles.

While those recommendations may be in place from our federal government, a challenge still exists in the implementation of the additional resources needed to properly and systematically address these gaps in a long-term and meaningful way. Many arts organizations are already limited in resources, and hire workers on contracts due to a lack of funds to offer the benefits needed to bridge the gap. Human resources in the arts is a topic that most major arts organizations are only beginning to address, with all but the highest grossest organizations having some sort of HR professional on staff.

But change is sorely needed. In the process of writing this story, a senior arts administrator shared her experience about leaving the arts sector when she realized that an organization was unwilling to increase her salary, despite increasing her responsibility and role in the organization. After she left, the organization hired a man, and gave him the pay raise that would have kept her in the role.

These stories occur far too frequently in this sector- and too often highlight that gender inequality is not just about wage. I once counselled a former colleague about having to speak with her Board of Directors (whom she reported to) with a request that they stop addressing the leader of their organization as “sweetheart.” However, with no end to their behavior in sight, no funds for additional training or infrastructure to address the issue, and career options at the senior level already limited, she quietly found herself looked for other work.

Perhaps other art disciplines would do well to look to the visual arts, where women now dominate four of the five director positions in major galleries across the country. Collectively, there is an increasing trend- set by this leadership- towards diversified exhibition programming, with an increasing amount of solo exhibitions and acquisitions of art made by women and the movement of other women into senior curatorial roles. Imagine the art we could be exposed to if new and diverse voices were put forth in every art form.

As arts organizations start to announce their 2020-21 seasons, they are typically scrutinized in regards to gender parity, and how the upcoming season compares with the one nearing completion. Gender parity has grown as a major point of discussion in contemporary arts organizations. Not just in who is seen on stage, but also the roles that are played offstage. From artistic leaders, to the works selected, to how they are staged, there is a conscious effort to recognize that many of these roles have been filled by men who represent the historic image of Western arts and instead work towards more diverse representation.

Closer to home, Kitchener’s Pat the Dog Theatre introduced The Women’s Room in 2016 to strengthen inroads for women to share their work. Through this group, a cohort of theatre creators are invited to gather for conversation, creative support, learning and camaraderie as they work to carve out an equitable space on national stages. The collective has been an incredible success, most recently sparking an offshoot in Scotland, as well as the launch of Femme Folks Fest 2020; a month-long festival this March in the Waterloo region dedicated to women. The festival will contain opportunities for professional development, as well as panels, pop-ups and productions that are all female-led.

Still, gender parity in the arts is far from a reality. And even when the works of men and women are being performed and recognized at an equal rate, it is unclear if equal pay will be part of this equation. Artists and arts administrators are already fighting hard to be paid for their work, let alone equal pay for equal work. If these factors are compounded by the fact that if recent studies are to be believed, it will take 164 years to close the economic gender gap in Canada.

Needless to say, progress is slow. And we have a long way to go.