From Heart to Art: A Conversation with Kelly Wolf on Demystifying Homelessness through Art 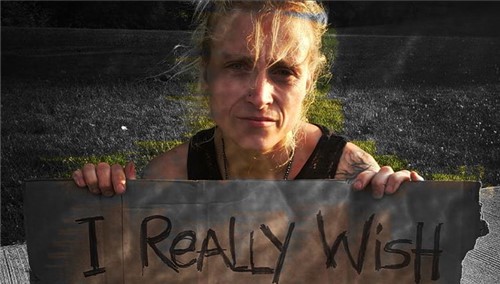 Kelly Wolf, winner of the 2020 City of Hamilton Arts Award for Theatre, is no stranger to exploring human connection and experiences through her artistic practice. Founder of Open Heart, a Hamilton based theatre company focused on exploring stories with “an open heart”, Kelly is well known for her work through the Hamilton Fringe, and several Frost Bites festivals, highlighting a sincere desire to share Hamilton histories and personal narratives with audiences. In particular, narratives from individuals experiencing homelessness in Hamilton; reminding audiences of theatre’s ability to create a space for all voices to be heard. Audiences can see Open Heart’s next project as part of Hamilton Fringe’s Skip the Glitches series later this month.

Kelly first felt a call to action to address the homeless crisis in Hamilton about five years ago, after seeing the number of homeless individuals in the city’s downtown area. Kelly recalls, “Why I can kinda pinpoint it to that timeline is because that was the first Frost Bites that I did. You have to propose two ideas. So one of them was the idea that I went with which was […] the role of women in labour in Hamilton over time, and the other one was about someone who had found their way into the Cotton Factory and was camping there […] and I didn’t go with that one because I felt like I don’t know this story. I see it and I want to raise awareness about it but I don’t know enough about this. And so I felt like every time that I would put in an application for the Frost Bites I would have this one that I know I can do this and then this other one that had to do with people who were living on the fringes of society.”

This desire to know more about the experiences of Hamilton’s homeless led Kelly to a conversation with fellow theatre artist Trevor Copp (of Tottering Biped Theatre) who encouraged Kelly to use a recommender grant as an opportunity to pursue her inquiry through research. This occasion allowed her to take a year, “to investigate what it’s like to be homeless in Hamilton”. This decision to take a full year came with the awareness that homelessness looks different in various seasons and climates and an awareness of personal fears in investigating this topic. Kelly shares that her fears came with, “trying to engage with something that was outside of my experience,” but ultimately knew that this concern was leading her to meaningful pursuits. “That thing you are most afraid of,” Kelly offers, “that’s where you’re supposed to go.”

Kelly began by volunteering with Helping Hamilton’s Homeless where a group of volunteers would walk around downtown every other Sunday with various food, drink, or clothing items and offer these resources to homeless individuals. “Through that experience,” Kelly recalls, “I started to demystify [homelessness] for myself […] and it’s about reminding myself of the humanity of the people that I’m meeting”.

After initial uncertainty with how best to engage others in this community building work, Kelly realized that as an artist she could approach this situation best through artistic practice. Distributing zines (independent publications composed of found and original content) to interested homeless individuals was, “a way to engage in conversation,” Kelly commented. One such conversation led Kelly to discover the grassroots organization Keeping Six (Hamilton Harm Reduction Action League). Through this organization, Kelly helped revive a quarterly zine, which can be viewed on the Keeping Six website; the content includes stories and poems shared by participants in the program. Those who contribute their responses to the zine’s questions receive monetary compensation. “When you go through those answers,” Kelly shares, “You think Oh! I could have answered that question like that too. […] So what makes us so different then?” She adds, “people who are either experiencing homelessness or who are using drugs, or both, why would you not expect them to like going for walks along the trail, like why not?” Kelly emphasizes that the zine is, “all about them so that they can take pride in their own story, or their own artwork, or their own poetry or whatever it is. And for me it was also a tool to be able to share to people outside of that community […] reminding people about the humanity of […] people. The people that you might dismiss. That they somehow ‘have brought this upon themselves and that they should just quit and everything would be better’. […] if you haven’t dealt with the original trauma…it’s not going to be better.”

Kelly recalls the interviewing process of listening to and gathering stories of homeless people in the city. “Each person I spoke with said, Oh you know who you should talk to? You should really talk to this person…”. Each interviewee led Kelly to more stories and new points of view. These perspectives also included discussions with Dr. Tim O’Shea from the Shelter Health Network and Jessica Compton of Tree of Stars whose story was featured in Open Heart’s 2020 Frost Bites performance Conversations Around the Table. From all the stories gathered, Kelly learned that trauma was at the centre of so many experiences leading to homelessness. This trauma has led people to cope in a number of ways; through drug use, or forming new families to escape previously unhealthy ties. The challenging circumstances leading an individual to homelessness are often misunderstood; a misunderstanding Kelly hopes to clarify. “When I hear people pass judgement so easily,” Kelly shares, “and people that I know pass judgement, I think how can you think like that? […] so I thought that’s my job; my job is to…demystify it for others”.

Transforming someone else’s story into artistic forms can be a difficult task. Integrity and autonomy are deeply important in this process for both artist and participant. When asked how she approaches this practice, Kelly shared that Frost Bite’s Conversations was explored largely because of her positive relationship with Jessica Compton, who was once homeless herself. Through hard work and support, Jessica was able to change her life and serves as a tremendous support to those seeking this help themselves. Jessica was sent the script, was invited into rehearsal, and was the one to suggest a debrief with the audience at the end of the performance. It was important for Kelly and Jessica to be “responsible for […] audiences” and not leave them with unresolved trauma. Kelly recalls the importance of considering, “theatre as a tool for change” and negotiating a balance between a theatre goer’s desire for performative elements, and the needs of those requiring more support when witnessing this kind of storytelling.

Kelly’s next step in her journey of engaging the community in understanding homelessness is to use the text and title from the mini-zine “I Really Wish You Knew Me” (found in the June 2020 edition of the Keeping Six Quarterly) as part of Open Heart’s performance in Hamilton Fringe’s Skip the Glitches. Accessibility for her Skip the Glitches performers is at the forefront of Kelly’s mind. The two performers involved are musicians from Keeping Six and working around their availability is important to Kelly, rather than imposing a “typical” rehearsal schedule. Some actor training is also being provided to support the performers awareness of theatrical elements. Kelly emphasizes the importance of collaboration and the performers being, “engaged in the creation process” with no obligation to be in the final product. “Not about us, without us,” Kelly reflects.

As for audiences, how can this work be a bridge to meaningfully engage with all people in the community? Kelly addresses this thought by encouraging compassion. “I feel like I do this work as a way to stimulate that thought process, Okay so what can I do? […] what can I do about homelessness in Hamilton? And I feel like I don’t have a, go support this organization or go do this thing or whatever…it’s about being kind, right?” To that end, Kelly is reminded of a favourite quote from the zine handed out during Frost Bites. “‘I’m only one but still I am one. I can’t do everything but still I can do something. And because I cannot do everything, I will not refuse to do the something that I can do.’ And I think that’s at the heart of the work I’m doing.”

Regardless of what lawns or driveways the Skip the Glitches performances of “I Really Wish You Knew Me” will be showcased on this year, Kelly is hopeful that the conversations sparked by the show will continue long after the applause ends. “At the art outreach at the resting and hygiene centres, people will stand there and talk to me about what’s going on and it’s a bridging thing that happens [. . .] recognizing that art is that thing that bridges us. There was a woman who came in and said, ‘I wouldn’t be talking to you, it was the art [. . .] the art is why we are having this conversation.’” For Kelly, art isn’t just the catalyst for change in Hamilton- it’s the bridge that unites us. Or, as she says, “Solidarity, not charity.”

For more information please follow the links provided in this article. You can also contact Keeping Six and support their art programming.

Rebekka Gondosch
Rebekka Gondosch is an actor and arts educator based in Hamilton. She is a graduate of Trinity College Dublin’s M.Phil. in Theatre and Performance program, has a B.A. in Dramatic Arts and English Language and Literature from Brock University, and a B.Ed. from Redeemer University. She was a member of Hamilton Fringe’s ALERT team from 2018-2019 which co-produces Hamilton’s site specific winter performance festival Frost Bites.