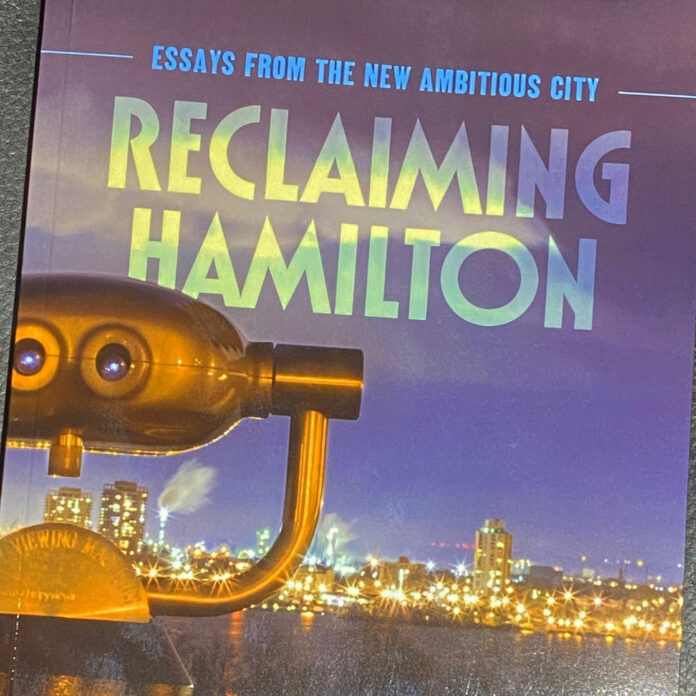 When history comes to life, it’s not normally in the form of a bike tour.

Reclaiming Hamilton: Essays from the New Ambitious City, was released in the fall of 2020 as a collection of essays. Offered by local publishers Wolsak and Wynn, the book examined lost neighbourhoods, the battle over the Red Hill Valley Parkway, the rise of citizen journalism, the impact of the James Street Art Crawl and gentrification. Its contributors were equally diverse. From local advocacy blog Raise the Hammer’s Ryan McGreal to Public Record editor Joey Coleman to The Hamilton Spectator’s Margaret Shkimba, the writers of this compilation were each a story and contributor to the city themselves.

And for those looking for a new way to experience the book, Steeltown Tours are offering free, self-guided cycling tours that take riders through the pages of select essays.

Developed over this past summer by Stuckless Consulting, whose purpose is to co-create sustainable, inclusive and healthy communities, the tours were created to “examine Hamilton’s history of immigration, our decade-long LRT debate, the evolving arts scene, gentrification and labour roots.”

Recognizing the different abilities of cyclists that may be interested in the tour, three different options are available, all of which offer an in-depth look at a landmark, neighbourhood and public space.

For those feeling as ambitious as the book’s title, the longest tour runs from Locke to Gage Streets with a 20km route. Along the way, riders can stop to explore the landmarks on both the Eastern and Western Loops, as well as a few additional points of interest.

All tours can be downloaded from the Steeltown Tours website and include details for each point of interest from corresponding chapters of the book. Additionally, maps include locations that might be of use to cyclists or those out for the day, including public washrooms, water fountains, coffee shops and more.

To encourage participation and exploration of the tours, Steeltown Tours has also partnered with Hamilton Bike Share to offer a $10 credit for those participating in tours using bikeshare bikes until December 31.