Fringe Review: A Question of Justice 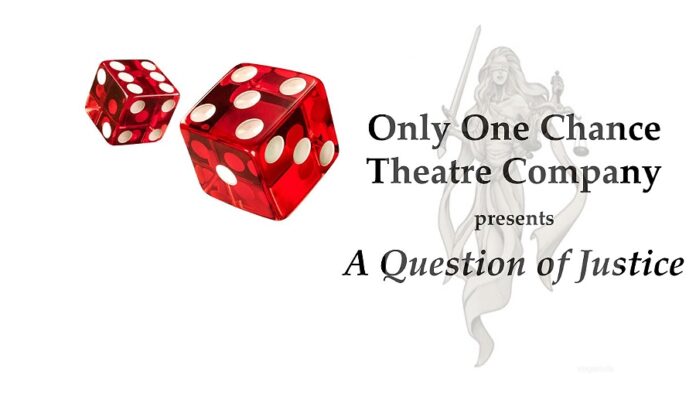 There is always potential in a thought-provoking concept for a play. In A Question of Justice, playwright Peter Rosser attempts to question when something is fair vs. just; using the example of a prison sentence for an impaired driver to illustrate his point. However, for a sixty-minute Fringe production, the concept, and everything this production attempts to achieve, is over-ambitious.

With a focus on set and costume changes, rather than substance, there is never the opportunity to explore the motivations or inspirations behind characters, making the titular question fall flat. Instead, the characters are singularly-focused and seem to have only one or two defining characteristics. The play also attempts to explore bigger questions of classism, gender and grief; but needs greater focus to make any of these concepts more than a passing thought.

The cast in A Question of Justice deserves particular note. Just prior to the beginning of the show, Director Gregory Flis announced that the male lead was no longer available as a result of pandemic circumstances. Rather than cancel the production, Flis stepped into his place. With less than a week to learn a script, Flis did a remarkable job, and while much of the script was read, it was performed in such a way that it did not detract from the overall performance. The rest of the ensemble rallied around Flis to support him and deliver the show as intended. As the Fringe Festival continues during the pandemic, it’s the best we can all do.