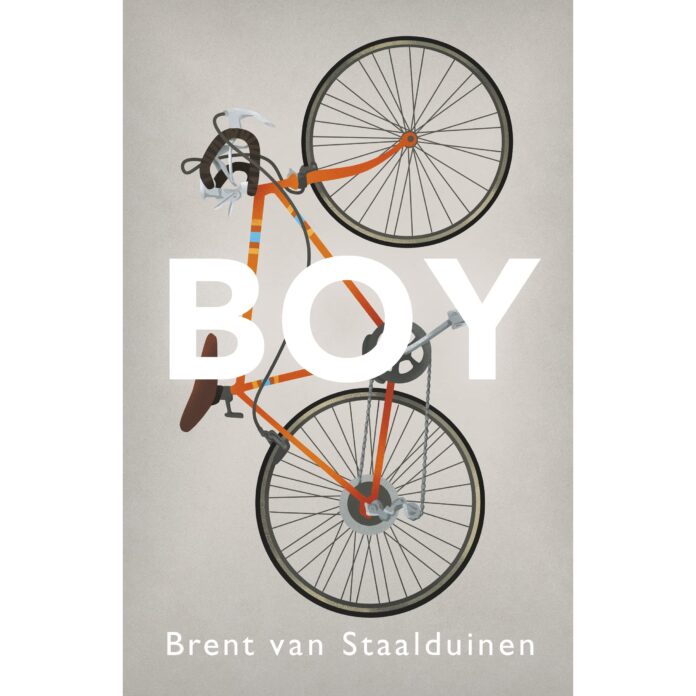 It’s on page four of Boy, Brent van Staalduinen’s award-winning novel that the reader realizes we’re in for an atypical Hamilton story. At this early point, our protagonist–the titular Boy–finds himself caught in an inexplicable and altogether supernatural event. Holding an unopened letter from Royal Military College, staring eastward on the shores of Lake Ontario, time literally comes to a stop around our main character. That’s not to mention the other supernatural aspect of the story: Boy is haunted by the ghost of his dead sister, Charlie, who offers cynical commentary throughout the story and the events of her brother’s life.

Occurring within the first few pages, these two intriguing factors set the stage for a strange yet affecting journey into a Hamilton that is both immediately recognizable to readers but also holds an atmosphere of mystery and the unknown. Boy lives with his mother, step father and infant step-brother in a household devastated by the tragedy of Charlie’s death years before the start of the novel. The wake of this tragedy washes over every character in the novel, including Boy’s estranged father now serving time in Kingston Pen for his role in the accident that killed Charlie. Boy’s mother is on the downslope of addiction recovery while his step-father is noticeable more for his absence. And this sets up what is easily the book’s most compelling relationship as Boy becomes the surrogate caregiver of his step-brother Jay.

It’s hard to understate how powerfully the sense of tension and danger in Boy fuels the pace of the novel. A sense of uncertainty is skillfully injected into so many scenes throughout the story that the reader is never entirely sure when the next shoe of tragedy is going to drop in Boy’s life. As his story unfolds, and the reader grows to care for him more and more, the sense that circumstances could collide to take something or someone away from him grows palpably more intense. Again, this is especially true around Boy’s desire to keep his younger brother safe while also working to strengthen his relationship to his father in prison.

Boy was recently named the winner of the Hamilton Arts Council’s 2021 Kerry Schooley Award for the book that most epitomizes the spirit of Hamilton. It’s a well-earned accolade as Van Staalduinan writes Hamilton with a delicate balance of familiarity and mystery. Boy rides down familiar city streets–on his bike and the HSR–highlighting well known locales along the way. The diners, donut shops, walk-in clinics and bargain stores are all immediately familiar to the Hamilton reader yet they never seem overwrought or cliche. Reading Boy, I was struck by how skillfully Van Staalduinan weaves an uncanny aspect of the supernatural into the concrete realism of the plot; he depicts the city of Hamilton as an inherently mystical place. As if balanced on the knife edge of normal and paranormal, Hamilton seems like a place where anything can happen with sudden and unexpected consequences.

Using these elements of magic realism, along with an unapologetic picture of Hamilton as a mystic city, Boy stresses the importance of not just acknowledging the past but accepting it in order to move forward for the future. Boy must come to grips with and acknowledge the pain of the past in order to move forward. In leading the reader on such a cathartic journey, Boy offers readers a poignant and powerful story that captures a transformative glimpse of this city through the lens of both tragedy and mystery.