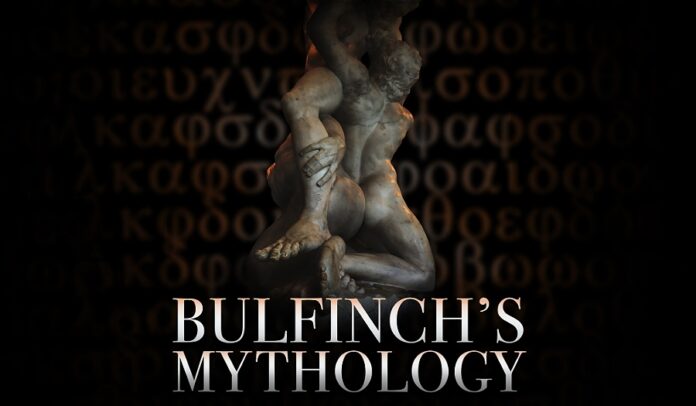 Ancient Greeks and Romans told myths to teach each other about important and meaningful events- often events that were beyond comprehension at the time, such as the sun rising/setting, illness and death, or earthquakes and floods. But how often are those myths based on human behaviour- or do we as humans begin to resemble the characters- or characteristics of those mythical beings?

In Bulfinch’s Mythology, Tottering Biped Theatre attempts to answer this question through a combination of words, mime and dance. Trevor Copp assumes the role of main character Thomas Bulfinch, a popular translator of myths also known for his anti-homosexuality activitism. Copp also plays Matthew, the other character in the production, who becomes a student and confidante of Bulfinch.

Copp, a longtime performer, knows his strengths as a movement artist, and moments that contain mime and movement captivate every audience member. Copp is able to move in graceful, seemingly unnatural ways that communicate life and expression without uttering a single word.

The moments that contain dialogue are comparatively less captivating. Part of this could be that at times, it’s difficult to recall which character Copp is playing and when- the mannerisms are only slightly different for each character, and adding a costume change would evolve the show into unwelcome farcical territory. While pandemic circumstances likely required this to be a one-person show, it would be interesting to see how the dynamics and tone shift with a second individual to move and perform alongside Copp.

The dialogue is smart, but at times dry, and Copp has utilized just the right amount of creative effort to keep the show moving at a deft-pace- a feat considering at 75 minutes (two halves with a 15-minute intermission), this is one of the longer pieces at the Festival, and likely the only one with an intermission.

Of particular note and appreciation is Copp’s approach to the end of the performance. As a reviewer, we are often asked to determine what a successful project looks like to the artists, and whether it was achieved onstage. In Bulfinch’s Mythology, Copp made a point of defining this project’s success and requesting dialogue around the topic. Despite the length of the show, it’s well worth building in the extra time to participate in this pivotal component and be part of the creative process for this unique work.