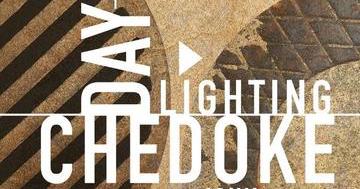 I don’t think I know of a Hamilton writer more in love with the land than John Terpstra. Specifically, the land upon which this city and its myriad of histories now rest. An accomplished poet, John’s first foray into non-fiction was the critically lauded and altogether brilliant Falling Into Place. An examination of the Iroquois Bar, the geographic icon that welcomes all those coming to and leaving Hamilton, the book combined Terpstra’s signature fascination with history and geography by way of a poet’s sense of irony and intuition. His most recent work of non-fiction, Daylighting Chedoke is a moving and poignant follow-up; a journey back in time and space where Terpstra works to uncover, or daylight, the iconic Chedoke Creek.

Terpstra is a subtle writer with a gentle yet keen eye for understanding himself within the world around him. It’s a gift that is especially valuable for writers of non-fiction but, in the case of Daylighting Chedoke, it proves essential. The book unearths the story of Chedoke through various layers of time by using Terpstra’s efforts in the present to dig into the past. Even though the author is writing in his singular voice, he is never alone on this journey. At times, Terpstra is physically hiking the Creek with his granddaughter as it winds its way underneath and through western Hamilton. Elsewhere, he’s helping Redeemer College researchers collect water samples for an environmental impact study. Still later, he is giving a presentation on Chedoke at the officers of the Hamilton Spectator alongside members of the Stewards of Cootes Watershed and the Director of Hamilton Water and Wastewater. He pours through old city records genealogies and walks the historical path of the Creek though familiar Hamilton streets like Upper James, Macklin and Limeridge.

An essential part of the history Terpstra draws from is the travails of settler Daniel Hess who becomes like a ghostly touchstone throughout the narrative of the book. Conjured like an echo from the Creek’s distant past, the personage of Hess as well as his family and extended relatives serve as markers for the power and promise of the land. And it’s this promise–the pledge between the people and the land upon which they make their home–which lies at the heart of why Daylighting Chedoke goes beyond mere non-fiction. Terpstra treats his subject with such reverence as to make his journey to uncover it like a pilgrimage.

Terpstra is acutely aware of the complex spiritual collisions that occupy and overlay the land and ultimate fate of Chedoke. As much as Terpstra’s exploration of the origins of the Creek peer into the heritage of names like Hess, Smith and Rymal it also unearths the darker chapters of colonial expansion across the Hamilton region. The very fact that Chedoke now lies largely buried stifled beneath the ‘progress’ of concrete and steel speaks of the harsh treatment we, as settlers, have put upon this now hidden Creek. What is most intriguing, however, is Terpstra’s tone is never one of harsh condemnation. Even as Terpstra orients himself as an advocate for the creek, his “loyalty to the landscape”, you can’t help but read it as more of a vigil than a crusade; an elegy for something past that must be remembered.

Early in the book, Terpstra tells us that ‘daylighting’ is used to describe when buried rivers and creeks are freed to run in the open once again. As he weaves through the strands of history, his words like a winding path of water, Terpstra demonstrates that daylighting can also be a journey. Although one could read the book as a meditation on how urbanization has buried so much of our natural environment, it reads even stronger when Terpstra links his discoveries to recollections of his own past. But these recollections are never morose. Indeed, they serve to shine a brilliant personal light in the dark that elevates the author’s act of ‘daylighting’ to something much more profound and sacred. As Terpstra says, “creeks are living, therefore are holy… it is the journey and its destination… holy.” In Daylighting Chedoke, Terpstra begs his readers to follow, invest and ultimately lose themselves in the same hidden creek as he has. Peeling away layers of history, while offering touchstones of buried wisdom, the lessons written in this walkabout chronicle hold the keys to the past and, as Terpstra seems to signal, our future.