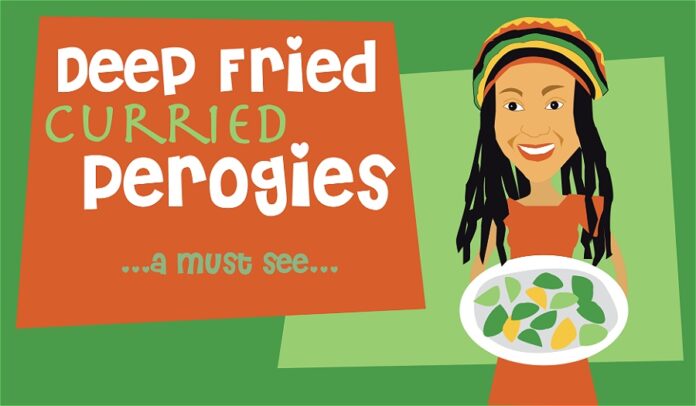 Michelle Todd, and an old storage chest. These are the only two ingredients that are needed to perform Deep Fried Curried Perogies, one of the strongest plays in the 2022 Fringe Festival.

Of course, just like the play itself, the chest was full of surprises. Pulling out photographs, swimming gear, and many other props, Todd makes sure to take full advantage of its storage space. Making sure to equip audio as her secret weapon, Todd flexes her wicked-sharp sense for theatrics by using throwback tunes and sound effects to immerse her audience in the stories she shares- including some killer dance moves.

Reflecting on her mixed-race identity, Canadian racism, a surprise pregnancy, and her coming-of-age story, the grown Michelle Todd tells the story of her upbringing with an electric and unforgettable performance. Raised by a Filipino mom and a Jamaican dad, Todd describes the alienation and loneliness of living between two labels that only a person of mixed-race identity could relate to.

Todd swings from the hilarious, to the thought-provoking and devastating with grace, making the above average run time of her show fly by. The rumors are true- Deep Fried Curried Perogies is one tasty dish.