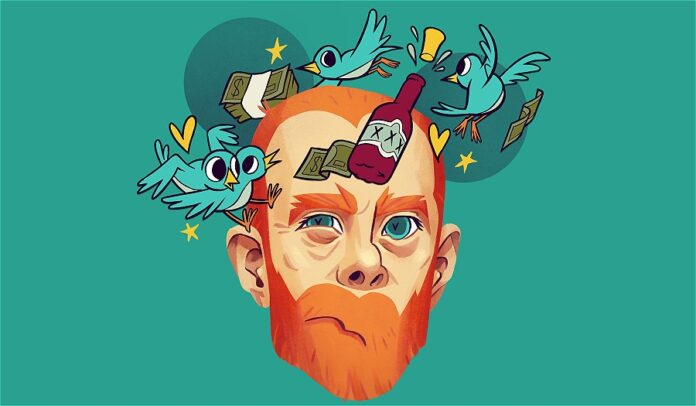 We all have a friend whose stories are so ridiculous, surreal and horrifying, that when their stories are recounted, all you can do is laugh and shake your head in disbelief. Leif Oleson-Cormack is that friend.

Oleson-Cormack’s story revolves around a love interest named Arthur who does not reciprocate his emotions. In the process, Oleson-Cormack finds his sexuality and comes out to his parents, obtains an MFA, and plans a trip with Arthur to Disneyland, where he attempts to orchestrate a perfect romantic moment. Along the way, they celebrate Barack Obama’s 2008 election win, meet a sugar daddy, a Frank Sinatra impersonator, and Oleson-Cormack has his first sexual experience.

All of this is told in a heart-on-his-sleeve, raw, confessional way that endears Oleson-Cormack as your friend. Even in an off-script moment as Oleson-Cormack collects his thoughts and relays details of his trip to Hamilton to the audience, he’s nerdily charming. He revels in the cringe-factor of the story, and welcomes the audience to laugh with him- and at times, at his expense. The performance ends with self-actualization and forgiveness, which make for a satisfying conclusion to a story of youth.

Like that friend with the surreal, cringe-worthy, comedic stories, the performance feels a little long. Oleson-Cormack provides a lot of detail to ensure the audience has a clear picture of every moment in his memory. Like a triple gin-and-tonic with your friend, this information is not always necessary and slows down the show’s pacing. And like your friend, when you haven’t seen them in awhile, they make for great company for an hour-which Oleson-Cormack does.