Fringe Review: Drag Me To The Opera 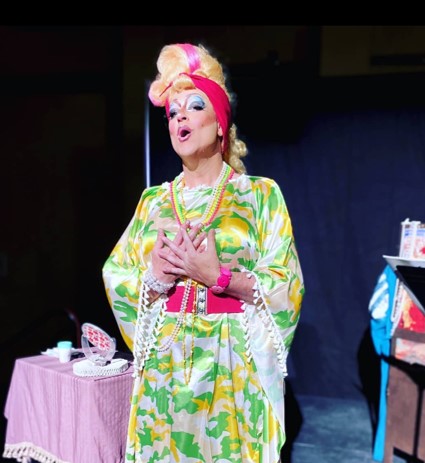 When one thinks of drag, they think of extravagant outfits, outrageous situations and an over-the-top-performance. When one thinks of opera, the same descriptors apply. However, it’s not until Steven Morton, as his alter-ego Aida Cupcake comes onstage in the opening moments of Drag Me To The Opera to yell out “Opera is boring!” that the connection between the two is made.

Drag Me to the Opera centers on the journey that Morton took to becoming a professional opera singer. From dropping out of business school, to a training opportunity in Germany, auditions and developing their career, Morton as Aida Cupcake shares her fears, vulnerabilities and successes in the confident, campy and playful way that only a drag queen can.

Each of Cupcake’s stories are interspersed with an operatic aria, performed live onstage. Each piece has been carefully curated by Cupcake to represent pivotal moments in her journey- and as she shares these with the audiences, the music takes on a whole new meaning. As a classically trained singer, Cupcake’s voice is well-supported and she performs the arias with the grace and confidence as if she’s onstage at Carnegie Hall.

While a classical music education isn’t required to adore this playful and beautiful work, there are two particularly remarkable elements that those with one (such as this reviewer) will find striking. The first is that Morton admits early in Drag Me To The Opera that he is a trained tenor- but loves singing soprano arias. The pieces featured are all soprano arias, written for the highest female voice- but during the show, are sung in Morton’s classically-trained tenor (male) voice. For those familiar with this music, it’s offers a fun and different impact than what would traditionally be heard. The second is that much of the original music was written in German and Italian; but in Drag Me to the Opera, Cupcake sings in English, ensuring that the meaning of the language is still captured without losing any of the syllabic content- an extremely challenging task.

This level of thoughtfulness and detail is brought by Aida to all facets of Drag Me to the Opera, making it a performance that is incredibly fun, and not boring at all. In fact, Aida Cupcake just might single-handedly make opera the new drag.