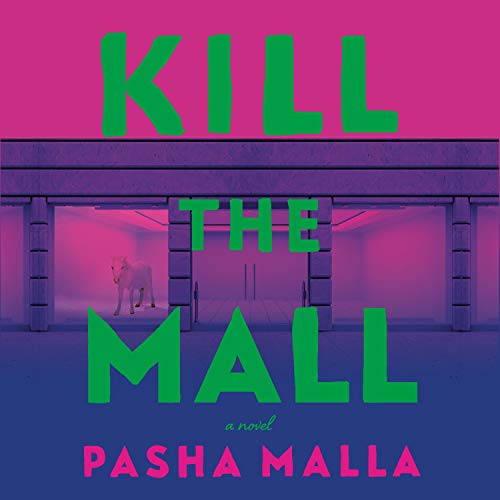 Who among us doesn’t have memories of rushing the crowded open-concept thoroughfares of a shopping mall? Scurrying past Reitman’s, Coles, The Body Shop and Shopper’s while frantically trying to sew up your Christmas list? At that moment, all you wanted was out, right? From a personal standpoint, I vividly remember the time I got separated from my mom in Ottawa’s St. Laurent Shopping Center. I spent the next 40 minutes in an abject panic trying to find her so as not to be trapped in an endless maze of retail hell.

Malls are a ubiquitous part of contemporary Canadian upbringing. It must certainly be the case for award-winning Hamilton author Pasha Malla who, in his latest book Kill the Mall, presents the reader with a nightmarish scenario of which many of us might find a hint of familiarity. In Malla’s story, however, the terror of being trapped in a shopping mall is expertly crafted around a narrative framework that several creatives of this city will also be familiar with: the artist’s residency. The result of this strange mash-up is perhaps one of the strangest books I’ve read in a long time.

Mixing Kafkaesque surreality with Lovecraftian existential horror, Kill the Mall presents us with an unnamed narrator participating in a vague residency at a mysterious shopping mall. Although we assume the narrator’s artistic focus is writing, it’s never made explicitly clear. Furthermore, the location of the mall and the circumstances of the narrator’s life before the residency, are equally nebulous. The strange circumstances, related by the narrator’s first-person perspective, convey a deep sense of foreboding almost immediately from the start. But things are about to get much worse for the narrator, and much more bizarre for us, as the reader.

Malla expertly blends the familiar sights we would attach to a shopping mall such that they could effectively be anywhere. However, as time passes in the residency, the bizarre and horrific begin to colour his adventures. Deserted food courts and abandoned storefronts hint at a larger menace haunting the mall; it’s a supernatural thread that only grows more overt as the story progresses. The narrator encounters strange or unnatural beings that increasingly seem ripped from his subconscious. A preternaturally long strand of hair on his tongue, a lonesome pony wandering the back hallways or a parking garage full of empty cars that rev their engines and move like a gang of motorized thugs.

Indeed, Malla’s narrator is cut from the same cloth as those from both Kafka and Lovecraft. Highly intelligent yet desperately obsessive, we’re never sure of the narrator’s trustworthiness or integrity. In the same way that his craft is in question, so are the details of his life. Recollections of his fiancé are hallucinatory while his attempts to leave the mall fall away even as it confronts him with ever deeper mysteries. Malla reinforces his narrator’s unreliability through the use of regular Progress Reports that hint at the high strangeness of the residency. Each more bizarre than the last, the reports are inspired by his encounters even as they exult in the wondrousness of mundane items in a language that borders on propaganda.

I won’t spoil the ending. Suffice to say where you think Malla is going to go with Kill the Mall is not where ends up. This is a story that defies expectations while twisting the rules of the fantasy and horror genres into a literal hairball. We are never sure how much of what transpires here is real and how much is the freakish mindscape of the narrator. Indeed, by the story’s climax, the distinction hardly matters. The only question, and one which haunts us as the reader, is how will the narrator ever find their way out of the menace that is the mall?