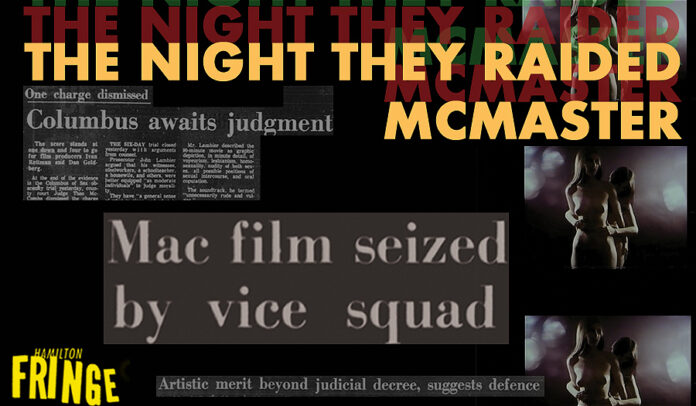 The Night They Raided McMaster tells the true story of filmmakers Daniel Goldberg, John Hofsess, and Ivan Reitman, who created the controversial student film The Columbus of Sex, the only film ever deemed obscene by the Canadian courts. At trial, the court ordered that the film be burned and the filmmakers fined, but what led to this unprecedented conviction? This is the central question that The Night They Raided McMaster seeks to answer.

Using projections of recovered footage from The Columbus of Sex as well as footage from other films by Goldberg, Hofsess, and Reitman as a backdrop, actors Chris Cracknell, Gregory Cruikshank and Brian Morton portray the three filmmakers in an informal one-sided interview style. The three actors intermittently take on different roles, such as that of the trial’s judge, the filmmakers’ defense attorney, and the arresting officers on duty the night they seized the film. These character changes are accomplished with simple changes in costume and accent.

Although much of the plot of The Night They Raided McMaster concerns the legal culpability of Goldberg, Hofsess, and Reitman, and what the nature of obscenity is as it pertains to art, it also illustrates the unique bond that the three filmmakers shared when making The Columbus of Sex, showing how the motivations of each influenced the film. This gives The Night They Raided McMaster a personal element, which helps inoculate it against seeming too much like a history lesson.

There were a couple of moments featuring legal arguments for and against the three filmmakers that were a bit complex, and, at the show I attended, one actor wasn’t entirely off book. But since the focus was more often placed on the projected film behind the actors than on the actors themselves, the script looked sufficiently like a prop to go largely unnoticed.

The Night They Raided McMaster is an engaging play that anyone with an interest in local history, filmmaking, or movies would enjoy, so head on down to the Zoetic, and don’t worry: the police won’t stop you this time. 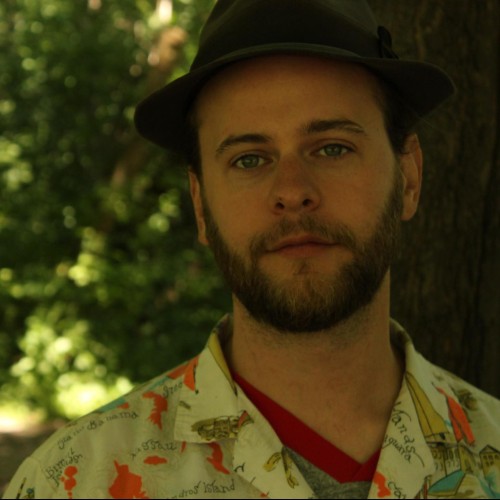