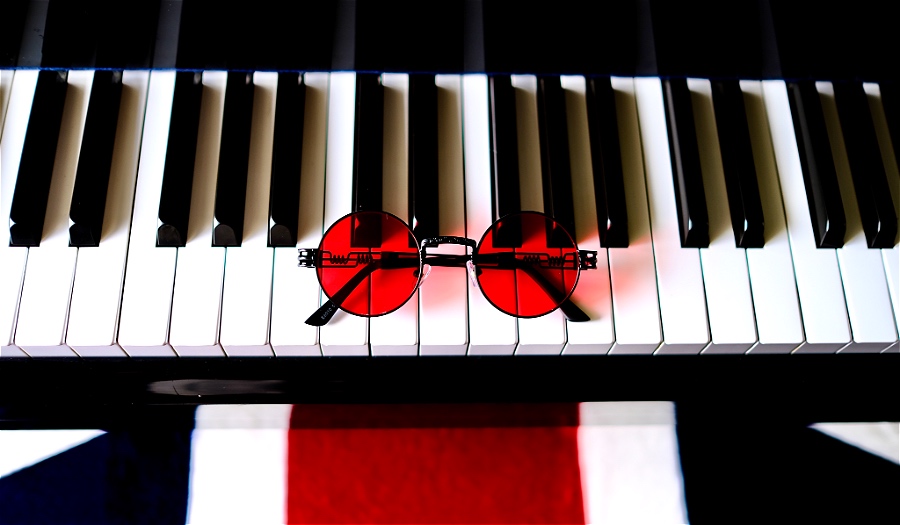 It’s been over a year since many of us have been to a concert, but Niagara-based James Medeiros is here to fill the void. Still Standing: the Music of Sir Elton John is a piano bar serenade in the comfort of your own home, complete with an eclectic variety of songs from the catalogue of the Rocket Man himself.

Though there’s an unmistakable flavour of Elton John’s vocal style in Medeiros’s performance, this is not an impersonation but rather an homage, and Medeiros’s beautifully buttery voice easily holds its own in every song. Deftly accompanying himself on the piano, Medeiros’s joy in and connection to the music is impossible to miss. This enthusiasm, mixed with the stunning vocal range and piano-playing prowess of the sole performer, makes it hard not to want to hold a lighter up to the screen, or at least tap a foot along.

Great Blue Dram, the company behind Still Standing, makes an effort here to give some visual variation to the otherwise stagnant tableau of a man and his piano; offering some fun transitions, close-ups, and vibrant, flamboyant costumes that would make Elton proud.

This virtual concert could perhaps have benefitted from a few more talking interludes to break up the songs, especially since the opening dialogue proves Medeiros has more than enough charm to engage audiences with speaking as well as singing. Still, the energy, talent and passion in every song performance is invigorating and well worth an evening piano-side, Elton John fan or not.