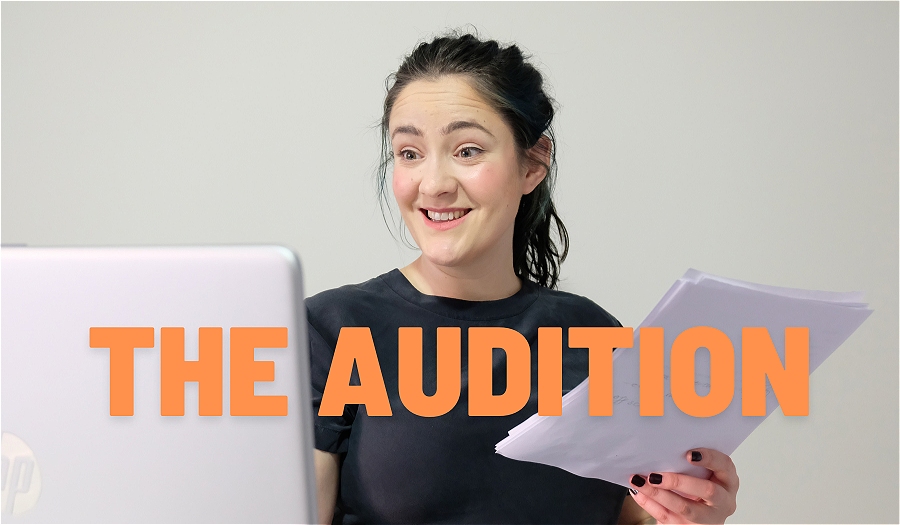 If you’ve ever been to a theatre audition, Impetus Theatre’s The Audition will be a familiar, if not somewhat cathartic, experience. Kit Simmons’ auditionee is all geared up for an exciting new role. Only one problem – they’ve committed the cardinal audition sin and haven’t prepared a monologue. In a twist of comedic irony, this short and sweet show is a monologue in and of itself. Simmons’ frazzled character explores the difficulties of picking the perfect monologue, examines the absurdities of the audition process, and exhibits an impressive skill range through brief acting vignettes and the occasional musical number.

It’s a bright, energetic piece, which is no easy feat when the source of that energy is a single performer. There are some fun gags, including a clever bit about writing to classical music, though this ran too long for such a short show. Formatted like the Zoom auditions many performers have recently become accustomed to, The Audition switches between a full body shot of the audition itself and a webcam view to distinguish moments when our unprepared actor is reading an email or talking more to the audience than the casting director on the other side of the screen, which is an innovative choice.

It’s hard not to be endeared by Simmons’ charmingly awkward, playful performance. That said, the demographic who will best enjoy this piece may be somewhat niche, since the experience portrayed is one likely to be difficult to relate to for anyone outside of the performing arts.