Fringe Review: We Will Date You 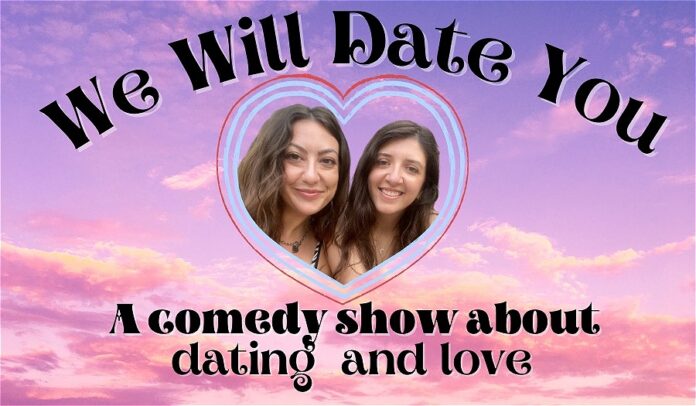 According to Nour Hadidi and Natalie Norman, the two best friends have been single for far too long. And they’re looking to the City of Hamilton- in particular, their audience, to help them figure out why and how to change their relationship status.

This at-times-too-honest look at dating in the age of websites and apps features comedy, a Q&A and a presentation on past relationships. The premise is fun and relatable, and Hadidi and Norman have great chemistry. The two interact naturally while performing their own individual standup comedy, and riff off each other in only a way that genuine friends can.

The show is still very much a work-in-progress, and the pair’s efforts to find its footing was clear as they digressed, had tech troubles and rushed to finish the show on time.  During the stand-up portion, Hadidi and Norman are tethered in place by wired microphones on opposite sides of the stage, but would benefit from being able to be near each other and physically interact naturally to match their conversational energy.

The idea of the segments is a clever way to break up the show, but certain portions felt longer than they needed to be and some of the digressions landed better than the planned jokes. The foundation of a great show is here- Hadidi and Norman just need to rely on their natural chemistry and commit to bring it to life.