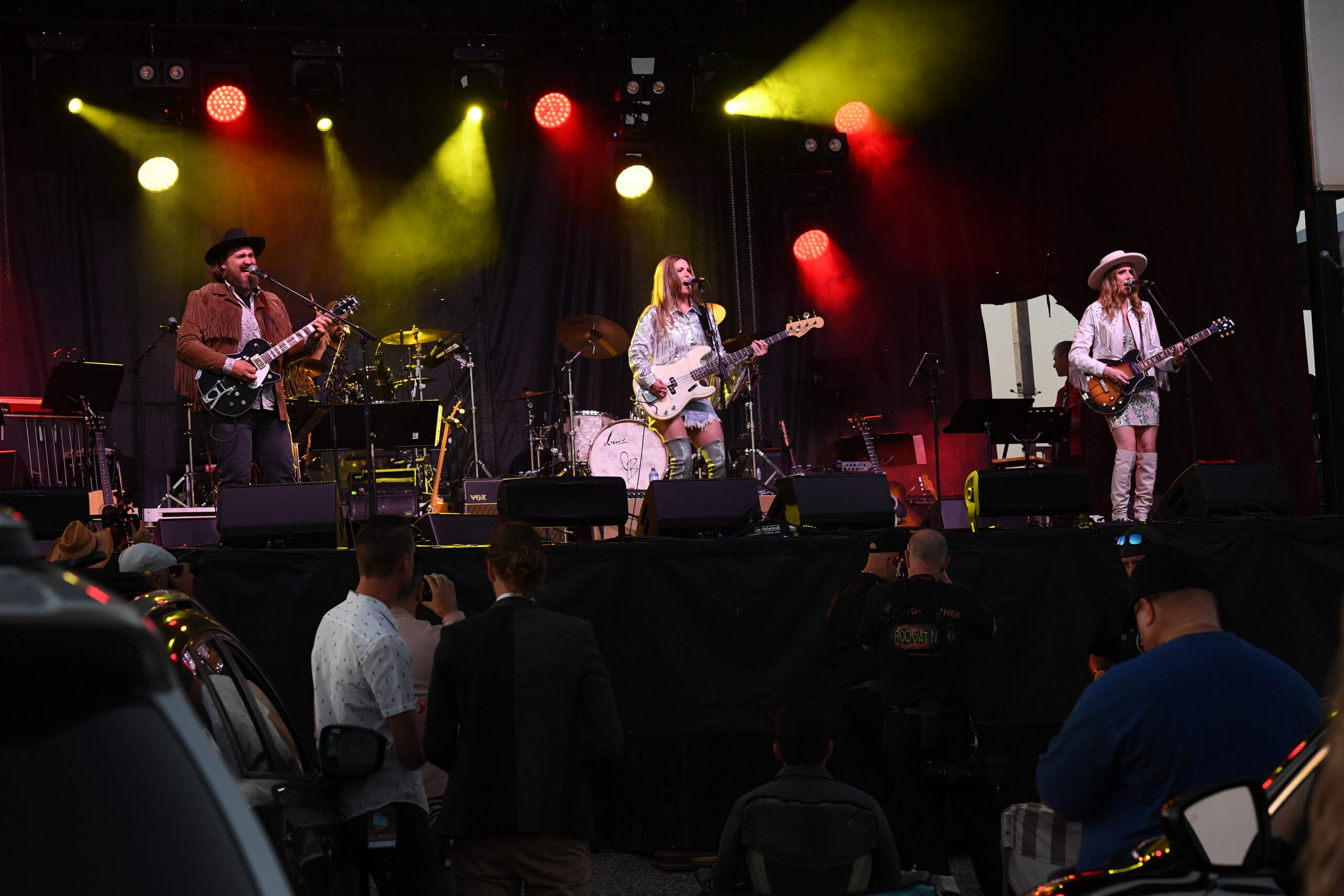 Listening to the rush hour traffic report, it’s rare to hear the road less travelled being the Redhill Valley. Yet when it comes to music and one particular country/roots band that hails from Hamilton, they really are charting their own path.

Formed as a trio in 2016, The Redhill Valleys  debuted their self-titled debut album that same year. Five years later, the group can count three nominations for Roots Artist/Group of the Year from the Country Music Association of Ontario Awards amongst their many other successes. Last Sunday in Ancaster marked a new milestone for the band (now a foursome) as they finally got the opportunity to perform at the Awards’ annual showcase for the best in country music that Hamilton – and all of Ontario – have to offer.

“Nothing beats being in front of a band, watching them perform and experiencing the actual sound that they’re creating in front of them. You can’t create that in a recording.” says Danielle Beaudin, guitarist and vocalist for The Redhill Valleys.

Beaudin, who has been with the band since its inception, knew from an early age that a life in music was her destiny. At age sixteen, her parents took her to a bar for a concert and she was transfixed by the performance. As soon as she was able, Beaudin began to play at bars, partnering with Tim Allard (Redhill Valleys’ lead guitarist and vocalist) as a classic rock cover band duo. Soon after, songwriting partner Chelsea McWilliams joined the duo on the bass and vocals, and The Redhill Valleys was officially born. Once drummer Matt Soliveri joined the band, the foursome was complete – and off in a different direction from their cover band roots.

With influences from country to rock-and-roll producing their unique roots sound, the band had their first gigs at Homegrown Hamilton; a venue that, like many others in Hamilton, has since closed. While all four members still call the Hamilton area home, they play local festivals more often than they perform at music halls or bars. The constant closure of these local venues to gentrification has altered the hometown music landscape from when The Redhill Valleys began –  a challenge that now exists for many other musicians looking to follow in their footsteps.

“It’s hard to be a Music City with nowhere to play.” Allard explained. “It’s a different scene, for sure.”

As the group rose in popularity outside of Hamilton, so too did the opportunities. In 2017, they took second place at the Boots and Hearts Emerging Artist Showcase – part of Canada’s largest country music festival. They also managed to nab a nomination to Top Twelve in a nationwide “Top of the Country” contest. Soon, work began on a highly anticipated sophomore album – but touring and performing remained a key part of the band’s focus. As a gift to a friend, they performed at a wedding in 2020; not knowing that it would end up being their final live performance for more than a year.

Instead of pressing ‘pause’ as so many did during the pandemic, The Redhill Valleys forged a new path for themselves. As fully independent artists, the band already managed themselves, their media and their bookings – something that grew in intensity as the band’s reputation grew. With the pandemic causing the usual deadlines and touring commitments to fall by the wayside, The Redhill Valleys found themselves able to completely return their focus to music. This newfound time together put to good use with the band finally able to put the finishing touches on their second album.

Although the album itself isn’t about COVID-19, the band took its influence from the world around them- pandemic and otherwise. One song in particular is Desperate Times; Allard feels it is their commentary on the political and social change occurring over the past few years. The album is currently scheduled for release in early 2022.

“The first song on the album was written during COVID,” McWilliams recalled. “If it wasn’t for that time, we wouldn’t have those songs, and they wouldn’t have made it onto the record.”

With the album complete and just waiting to be pressed into vinyl, The Redhill Valleys set their sights on a new music video. Released over the summer of 2021, Finish Line sees the band in a highly produced and scripted video; a change from the performance-based videos that they previously created. True to their roots, the entire video was filmed at the Flamboro Speedway.

“The song lyrically lends itself to this narrative and it’s more of a tongue in cheek song,” McWilliams noted about the video. “So we wanted to explore that, have some fun and not take ourselves too seriously. . .working with Paul Maxwell (the director) was awesome and he had a great vision to capture the colourful, fun elements of the video that worked out really well.”

The two-day shoot was overseen personally by the band, managing every detail from crew, to location, catering and even wardrobe. Navigating constantly changing health restrictions, the band was lucky enough to be able to film with a live race taking place. With only a limited audience as a result of the pandemic, the camera operators and drones had plenty of freedom to film key shots that made it into the video- including an actual race crash.

If completing a new album and video wasn’t enough for a pandemic, The Redhill Valleys also started their own label, Wild and Green Records. While the label currently features only The Redhill Valleys, the band has plans to bring on other artists to the label, hoping to continue their contribution to Hamilton’s evolving music community. Currently, Allard produces and engineers for emerging artists, while McWilliams, Beaudin and Soliveri write and collaborate with artists in multiple ways. Their hope for Wild and Green Records is to eventually be able to formalize these relationships and support Hamilton artists that may not have had the experiences, knowledge and opportunities that The Redhill Valleys have had over the past six years.

“It’s such an eclectic city. There are so many different bands and styles and music.” acknowledges Allard. “We can hopefully just do a bit more in our rootsy, not so country, country-ish kind of a world.”