Critics’ Picks: 5 Events to Stream or Attend this September 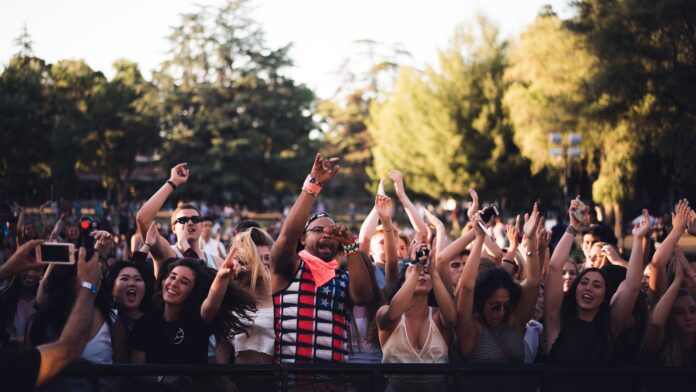 The summer may be coming to an end, but it seems like event calendars are just starting to fill up as more and more producers bring activities and events back to Hamilton. This month is full of performances and art worth leaving home for (but great virtual options exist too). We’ve listed some of our favourites for this month below.

The Canadian Live Music Association’s Kinaxis concert series comes to Hamilton on September 3 with a live and streamed performance by local group Basement Revolver at the Bridgeworks. Despite some recent changes in the band’s makeup, the four-piece band continues to be known for blending 90s-infused indie rock with pop and poignant lyrics. They began working on a new album in 2020 with music exploring questions about identity, faith, mental illness, sexuality and more. While the band has been unable to tour due to the pandemic, the new album is scheduled for release in February 2022. This event is 19+, and tickets are available starting at $20. For those who aren’t yet ready or able to attend live, tickets for the streamed performance are also available for under $15.

Lemon Bucket Orkestra (Something Else Festival)

The Zula Arts Collective has quietly been producing some of Hamilton’s coolest events this summer. The collective’s mission is to present world-renowned artists and musicians in Hamilton, primarily through their weekly Saturday “Something Else Festival.” The fourth in-person event of this year’s festival takes place at Bayfront Park on September 4, and features the acclaimed Lemon Bucket Orkestra. The ensemble is known for their infectious folk-punk-klezmer sound and for starting a party wherever they may be- including airplanes, festivals and more. Following the performance will be a screening of Latcho Drom (part one); a documentary on Romany culture. The suggested donation for this performance is $15.

Now in its seventh year, Fall for Dance North is a world-class dance festival that showcases both established and emerging Canadian dance artists. While the festival has typically been held in Toronto, the pandemic has provided a new type of opportunity for the event to grow with over seven weeks of online and in-person activities. On September 16, Hamilton Conservatory for the Arts Dance Theatre will host Heirloom at Bayfront Park. This sixty-minute work combines music, dance and physical storytelling while developing a relationship with the natural environment. The first half features a percussive work by Arzoo Dance Theatre; the second half features duo Caleb Teicher and Nic Gareiss, weaving techniques drawn from tap dance, jazz, swing, step dance and more. Limited tickets are available starting at $15.

On September 30, Canada will mark the first federal holiday for the National Day for Truth and Reconciliation. The day was chosen from the grassroots movement known as Orange Shirt Day that started in 2013 and was previously held on this day. In recognition of this event, on September 24 from 4-5pm, the Hamilton Public Library has organized a virtual screening of In Jesus’ Name: Shattering the Silence of St. Anne’s Residential School; a forty-two minute all-Indigenous English and Cree-English collaborative documentary that tells the story of children who were interned at the notoriously violent St. Anne’s Residential School in Fort Albany First Nation (Ontario). Chief Wilton Littlechild imparts some of what he learned from his six years as Truth and Reconciliation Commissioner and seven St. Anne’s survivors share their stories- some for the first time.

With the annual music and arts festival cancelled due to the pandemic, local music organizer Supercrawl continues to host in-person and online concerts. While Supercrawl will be hosting a weekend of music from September 10-12, the real performance to watch for will be at the Bridgeworks on September 26 with local folk-rock band Athanase, who not only bring a variety of influences to their music, but put on a great live performance- something that’s much needed as audiences return to the concert hall. In person attendance is limited to just fifty physically distanced attendees per event, who will be selected via a lottery system. For those not chosen by lottery to attend, the concerts will also be livestreamed and able to be watched for forty-eight hours afterwards. This all-ages event is free to register.